We are sacrificing REAL men at the altar of PC society 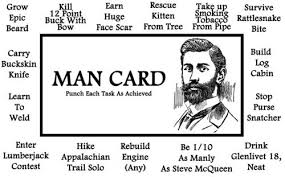 Remember the days when men were men? REAL men! They were expected to work hard and put in long hours. They pulled themselves up by their bootstraps and provided for their families with toil and travail until a job was done.

They came home tired and ragged but ready for the next day because they had a sense of self-respect and self-discipline. They also had respect for others and demonstrated it regularly.

Their children learned respect from them by watching it modeled and hearing it instructed. Sometimes that man barely kept his head above water as he struggled to make ends meet but you never heard him complain or whine.

His faith was a central focus and the guiding factor for life and values.

He blazed trails and pushed forward and his inner strength was an exposition of his inner fortitude. He hunted. He fished. We called him a man’s man and knew that what he said, he meant.

Remember those men? It’s almost as though they never existed. As if we dreamed them rather than lived that reality.

Our heroes and general ideas of masculinity have drastically changed.

Look at this ad from the 1950’s. Today it would be considered offensive, overly masculine, sexist, patriarchal, crass, etc. IT IS MASCULINE. 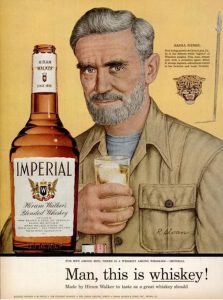 That’s an image of masculinity that’s long gone in the present effinizing culture of modern society.

Be a man! Don’t apologize for it

Wouldn’t that be a switch from today? We’re seeing men in plasma onesies, men wearing douche-knots, and — tragically — boys featured as cover girls in makeup mags.

As Doug Giles says rather crassly, yet accurately we must stop with the “pussification of American men.” As he defines it:

“PUSS-I-FI-CA-TION: The act, or process, of a man being shamed, taught, lead, pastored, drugged or otherwise coerced or cajoled into throwing out his brain, handing over his balls and formally abandoning the rarefied air of the testosterone-leader-fog that God and nature hardwired him to dwell in, and instead become a weak, effeminate, mangina sporting, shriveled up little p*ssy.”

Oprah can give all the speeches she wants about a new generation of empowerment for women…and God bless em all. However it must not be done at the sacrifice of masculinity.