Sacramento Is Going to Pay Criminals to Stop Being Criminals 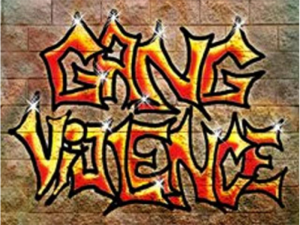 Once upon a time, most Americans thought little about locking their doors before going to bed. They sent their kids to school the next morning with no concern for safety. If a parent-teacher meeting or, even worse, a sit-down with the principal was needed, leaving the car in the parking lot with the windows down and doors unlocked was no big deal.

The average person back then was able to grasp a pretty simple concept – if it’s not yours, don’t touch it. That’s not to say that crime never happened or that life was ever idyllic for anyone. It just means that the American public generally felt safe when criminals were held responsible for their actions and punished accordingly.

Then, just past midway through the 20th century, we got the idea that it would be more fair for everyone if Lady Justice were allowed to lift the left side of her blindfold a little bit and tilt those scales in favor of the accused, or even those who were convicted. In no time, we found ourselves living in a much different place.

As things changed, we had to learn how to accept responsibility for other people’s actions. If for instance, you left your front door unlocked or your car windows down and found yourself the victim of theft in this new, more compassionate society, you would quickly learn that the victim was really the thief. You tempted him (or her) by making your property accessible. And then, things went south.

Today, teachers — who aren’t allowed to discipline or, many times, even teach children – are blamed when a child misbehaves or fails to learn. A child who stands up to a bully is punished right along with, if not instead of, his tormentor. The NRA is blamed every time a child acts on his aggression with a gun. Conservative policies and specific politicians are blamed when people commit violent crimes. Personal failure is never the fault of an individual. It always comes down to too much accountability, too little funding, and too many obstacles to be overcome.

We’ve reached a point in our nation where enforcing existing immigration laws is hateful, expecting everyone to follow the same rules and standard of behavior regardless of skin color is racist, exercising common religious beliefs is intolerant, and blaming criminals for their crimes is prejudicial. So, it should be no surprise that the city council of Sacramento, California has come up with a new, improved, and expensive way of helping gang members avoid responsibility for their actions.

Last week, council voted 9-0 to commit $1.5 million dollars to a program called Advance Peace. The goals of the program are lofty, its mission noble. According to program CEO DaVone Boggan, Sacramento’s fifty most violent gang members not in prison – those who are known to have committed violent gun crimes but have never been convicted – will be encouraged to set life-goals, make a plan, create a map for the next eighteen months, and not kill anyone. If they stay on track for six months, they become eligible to receive $1,000 per month for the next nine months.

Boggan claims great success in other cities, including Richmond, California where the program began. Police there estimated that less than thirty individuals were responsible for nearly three-fourths of the city’s murders. Boggan, who already worked with the city’s poorest and least educated residents, developed the Richmond Fellowship Model, which led to the Advance Peace program.

The Sacramento City Council wasn’t supposed to take up funding for the program for another couple of weeks. However, when a weekend clash between rival rappers left one person dead, Mayor Darrell Steinberg pushed the vote forward. City leaders agreed to fund half the cost of the program without knowing whether funding is contingent results or results are contingent on receiving 1.5 million taxpayer dollars. Also, Advance Peace hasn’t yet determined where the other $1.5 million will come from.

According to the program’s statistics, gun related assaults and deaths in Richmond dropped by 60% after the program was implemented. It would be easy to get excited by such large numbers, especially in a crime-ridden city like Sacramento. Elected leaders, however, are expected to put reason before emotion and make responsible decisions for the people they represent. Numbers don’t lie, but the people who manipulate them often do.

Maybe Advance Peace is a good program that will lead the way going forward. When all the rhetoric and emotion is stripped away, however, these people are giving tax dollars to criminals so they won’t be criminals. It sounds a lot like a group of store owners in New York or Chicago going to the mob and demanding they be allowed to pay protection money every week for the next few months. But, the deal’s off unless the Family’s don and lieutenants pinky-swear they’ll take that money and figure out how to straighten up and fly right.

The people this program targets have already gotten away with murder, and now the Sacramento City Council wants to pay them instead of demanding they follow the law. Nice work, if you can get it.