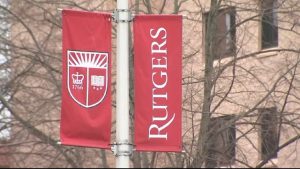 Roughly six months ago, the Rutgers Law School-Camden’s Student Bar Association passed an amendment that would require all student groups to promote the Marxist critical race theory ideology if any of them wanted to receive any student government funding.

This did not sit well with members of the Foundation for Individual Rights in Education, who sent a letter to Rutgers University, asking them to rescind the requirement, going on to inform the university that this kind of requirement is a violation of a student’s First Amendment rights.

“Rutgers may not condition student organizations’ funding on their willingness to host events that address or promote a specific ideology, as the First Amendment requires that public universities distribute student activity fee funds in a viewpoint-neutral manner,” FIRE stated in their letter.

FIRE program officer Zach Greenberg condemned the action taken by the law school, saying, “The Rutgers student government is holding student group funding hostage until students commit to a particular ideology. Students shouldn’t be forced to choose between their club’s funding and their own convictions.”

The requirement was adopted on November 20, 2020, which added a section to the Rutgers’ Camden campus’ constitution entitled “Student Organizations Fosters Diversity and Inclusion.” The section mandated that any student group seeking more than $250 in university funding must “plan at least one (1) event that addresses their chosen topics through the lens of Critical Race Theory, diversity and inclusion, or cultural competency.”

“This puts student clubs in a bind: Should they request the funding they need, even though it would require planning an event — such as hosting a speaker, outing, or mixer — that may be at odds with or unrelated to the group’s own views?” FIRE then asked.

The email, however, struck a tone making it clear that the SBA didn’t want to rescind the order, nor did it seem to have any concerns over the requirement’s unconstitutional demands. The email from the SBA said they “regret to inform” the community that they had to rescind the requirement, due to the “strict deadline” FIRE imposed when requesting a response to its letter, and also due to “the constitutional issues presented.”

“We hate the idea of backing down, just because the ‘other guys’ say so, and we hate that we have to factor in those that oppose measures to foster diversity and inclusion, we do,” the letter went on to say. “We think – and we hope, [sic] we can still create change, still fight for what is right, and pass this amendment, or something similar again. But right now, we know that if we dig our heels in now [sic], this way, we run the risk of never being able to accomplish what we set out to do.”

FIRE then responded to the claims that were made by SBA in its email saying, “As a public university, Rutgers is bound by the First Amendment, which prohibits discrimination based on viewpoint. The SBA’s amendment was blatantly unconstitutional because it made funding conditional upon the promotion of an ideology and would discriminate against any student group that objects to the “lens” of critical race theory or wishes to remain neutral.”

Critical race theory is the ideology that is currently the cause of all the racial division in this country and is the very way of thinking that inspired Black Lives Matter and the rioters and looters who are part of the group.

No one should be forced to push or promote ideas that go against their beliefs. That should be common sense.