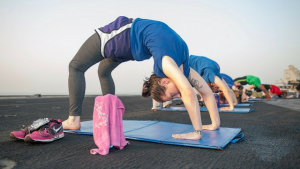 This is exactly why Democrats keep losing.

They’re like someone who grew up in flyover country, desperate to get out of their small, working-class hometown and see the glitz and glamour of the big city.

Then, after growing up, telling everyone at home how much they hate backward, bigoted small-town America, they leave for the Left Coast, only to return to their hometown a few years later to campaign on intersectional politics and European-style socialism, completely forgetting how they left with fingers flying.

Democrats have literally no idea how to win back the voters they’ve lost to far-left social issues, and they have no idea that they don’t know.

Enter Rep. Tim Ryan (D-OH), a well-liked Democrat in a blue-collar Ohio district who seemed like a perfect pick to win back these forgotten working-class white voters whose loss Dems so painfully felt in 2016.

Only instead of actually playing up his appeal to working-class America, a rare and valuable quality among Democrats in 2018, they’re just running him on the so-called “Yoga vote.”

The Intercept reported this week that Ryan “won’t be running on a stereotypical working-class persona; instead, he believes his path to the White House runs through the ‘yoga vote.’…The group Yoga Votes (‘One body united for change’) puts the total number of people who do yoga in the U.S. at 20 million, and Ryan has done work with the group.”

The Daily Wire’s Ben Shapiro explains that this is a painful misstep for the clueless Democrats:

Only the geniuses at Democratic HQ could think this is a good idea. After all, Hillary ran for the same vote – she infamously suggested that her 30,000 deleted emails were mainly concerned with yoga and wedding planning – and she lost. Democrats don’t come up short when it comes to the so-called “yoga vote.” But men who pitch themselves as aspiring to the “yoga vote” are going to have a tough time with the supposed Archie Bunker types of western Pennsylvania and upstate Michigan.

Every day we have more reasons to expect a Trump 2020 win.