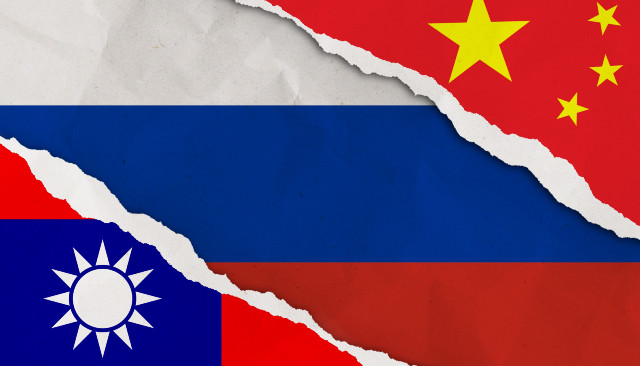 New reports indicate that the Kremlin has now officially placed Taiwan on its “unfriendly” countries list, despite the close ties it has with China, which does not recognize Taiwanese independence from the mainland.

Closes to two weeks after Russia launched an invasion into Ukraine, the Kremlin released a list of foreign countries it says are “unfriendly” as a response to the sanctions that have been imposed on Russian leaders and the country’s financial institutions.

All corporate deals with the companies that make up the list will now need government approval, and the resolution that enacted the requirement was the impetus behind the creation of the “unfriendly countries” list.

The inclusion of Taiwan is notable given that China and Russia released a communique that outlined a wide range of plans for economic and diplomatic cooperation last month. China maintains the stance that the island is a part of it, even though it has its own government, and the Taiwanese consider themselves independent.

Pentagon spokesman John Kirby accused the Chinese government of giving “tacit approval” to the Russians amid their invasion last week, which has already displaced 1.7 million people, killed 406 civilians, and injured another 801, according to updated statistics from the United Nations released on Monday.

“We’ve seen, basically, through statements some at least tacit approval by the Chinese for what Russia was doing,” Kirby stated on Wednesday. “Now, in the last few days, some of their Foreign Ministry spokespeople have appeared to walk some of this back a little bit by talking about Ukrainian sovereignty, which is welcome to see. But we haven’t seen China join the list of countries that have enacted sanctions on Russia. We haven’t seen the Chinese blame Mr. Putin for the violence he is causing.”

Chinese Foreign Ministry spokesman Wang Wenbin gave some push back on remarks made by Kirby in the ensuing days, going on to argue that the United States was at fault for the situation that led to Ukraine being invaded.

Josep Borrell, European Union High Representative, stated over the weekend that China “must” become the mediator between Russia and China.

That’s not going to happen.