Roseanne Barr Apologizes After Show Cancellation, But Takes a Moment to Point Out These Double-Standards in Hollywood 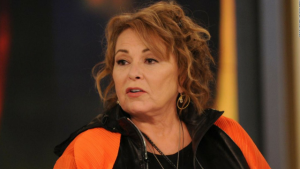 Roseanne Barr has caused quite a stir in liberal Hollywood since the smash hit comeback of her classic sitcom, ‘Roseanne.’ The comedienne has been vocal about her pro-Trump views, which have attracted quite a bit of criticism despite the fact that she’s still very liberal in many ways.

One thing she is not, however, is demure, and her return to her Twitter account after the show reboot premiere has gotten as much press as the show itself.

But this week, that landed Barr in very, very hot water. 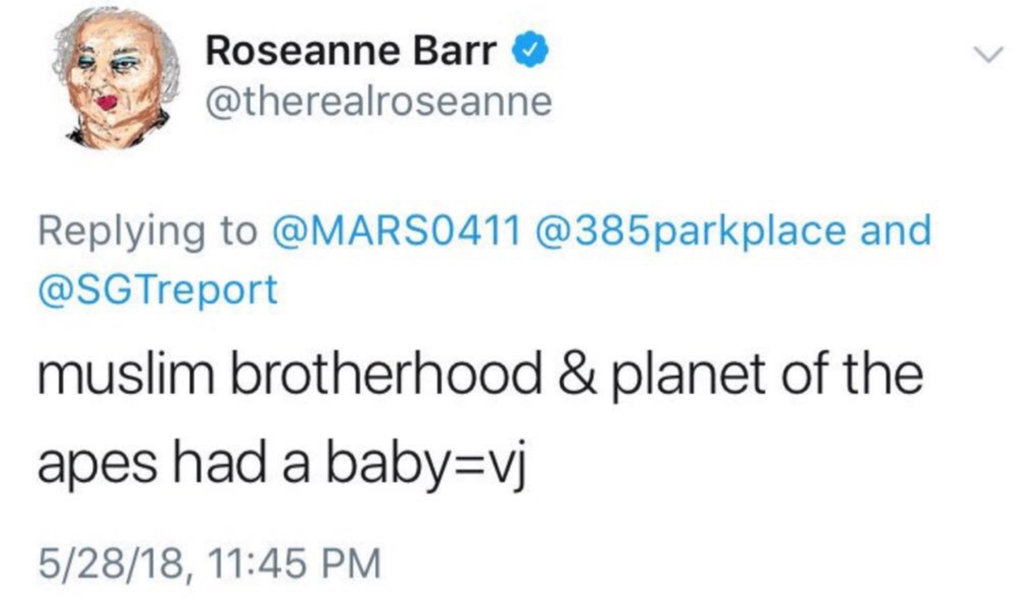 Regarding Valerie Jarret, an African-American senior advisor to Obama, Roseanne said “Muslim brotherhood & planet of the apes had a baby=vj”.

Most agreed this was a very low blow on the part of Roseanne, but the shocking part came less than a day later when ABC canceled her show.

Barr was quick to issue an apology both on Twitter and via a statement, according to The Blaze:

“I deeply regret my comments from late last night on Twitter,” she said in her statement. “Above all, I want to apologize to Valerie Jarrett, as well as to ABC and the case and crew of the Roseanne show.”

“I am sorry for making a thoughtless joke that does not reflect my values – I love all people and I am very sorry. Today my words caused hundreds of hardworking people to lose their jobs. I also sincerely apologize to the audience that has embraced my work for decades. I apologize from the bottom of my heart and hope you can find it in your hearts to forgive me.”

She also urged her followers on in what appears to be a deleted tweet not to feel sorry for her, but for the cast and crew who had lost their jobs over her comments.

“Don’t feel sorry for me, guys!!-I just want to apologize to the hundreds of people,and wonderful writers (all liberal) and talented actors who lost their jobs on my show due to my stupid tweet. I will be on Joe Rogan’s podcast friday,” she wrote.

It wasn’t long, however, before she also took a moment to point out the glaring hypocrisy that had not escaped her or many other conservatives, who regularly see comments just as bad or even far worse than Barr’s, and yet continue to have flourishing careers in the entertainment industry:

“Two tweets she reposted noted that liberal Keith Olbermann had just been hired at ESPN, despite his many explicit-ridden tweets and statements against the president, including one that read, ‘F**ck you @RealDonaldTrump Nazi Nazi f**k Nazi Nazi RACIST Nazi BIGOT go f**k yourself f**king Nazi f**kers,'” The Blaze reports. 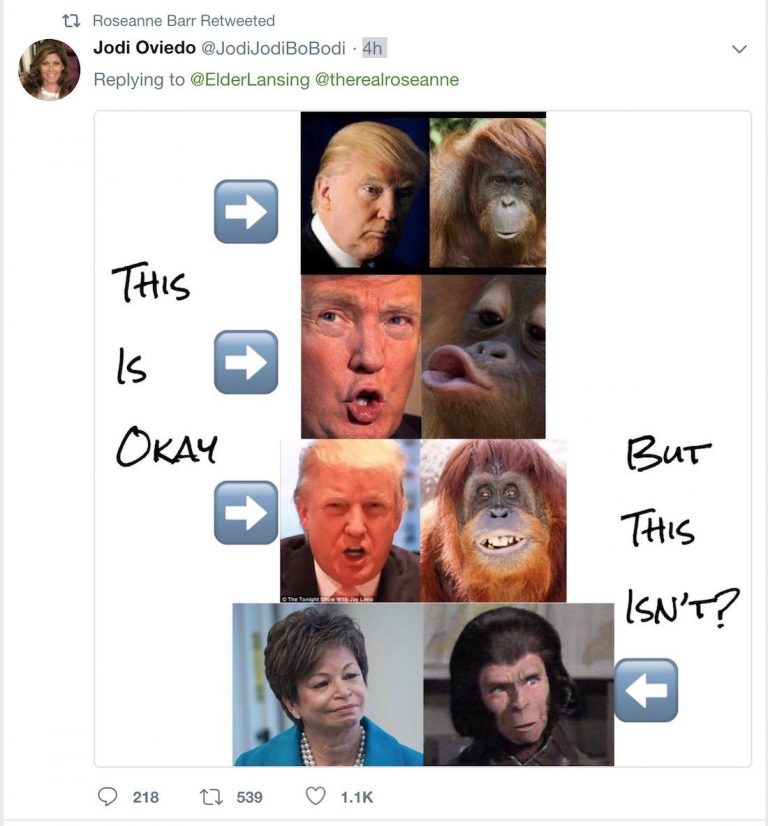 One of her followers also noted the hypocrisy of ABC considering the extremely derogatory comments Joy Behar made about Christians earlier this year, which Barr retweeted as well:

When Barr saw the support from her followers, she did take a moment to thank them but also told them not bother defending her, writing, “hey guys, don’t defend me, it’s sweet of you 2 try, but…losing my show is 0 compared 2 being labelled a racist over one tweet-that I regret even more.”