Romney Comes Out In Favor Of Vote On Supreme Court Nominee, Locking Up Votes For The GOP 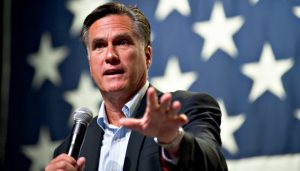 Senate Republicans have now locked up the votes necessary to push through a Supreme Court nominee this year after Sen. Mitt Romney came out and stated that he would be voting in favor of the move.

This is almost a bit surprising given the very antagonistic relationship that Romney has had with President Trump in the past. However, it’s likely that Romney knows if he doesn’t support this move, his voter base may not reelect him to office, and he obviously doesn’t want to be unemployed any time soon.

“I intend to follow the Constitution and precedent in considering the president’s nominee,” Romney, a Utah Republican, said in a statement. “If the nominee reaches the Senate floor, I intend to vote based upon their qualifications.”

Republicans Susan Collins of Maine and Lisa Murkowski of Alaska said they do not back voting on a Supreme Court nominee so close to the Nov. 3 election.

With Romney no longer holding out on supporting the move, the Republicans now have control over 53 votes and do not need Collins or Murkowski to advance the nominee.

If McConnell and other Republicans know what is good for them, they’ll do it before the election. There’s a lot riding on getting another conservative SCOTUS nominee on the bench, including the possibility of overturning Roe v. Wade.