Robber Aims Gun at Parked Car, Gets Surprise of His Life When Victim has Concealed Carry 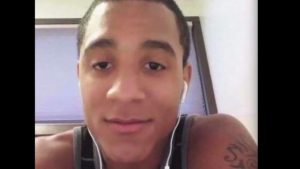 One of the many, many reasons our Constitution contains the Second Amendment is because we have the God-given right to defend our lives, our families, and the property we work hard to earn from criminals who would seek to take what we have.

The whole point is that we have the right to own the means necessary to protect that which we are responsible for, and the bad guys have no idea of knowing which of their potential victims might be packing heat.

This is a lesson an armed robber in Gainesville, Florida learned the hard way after approaching a parked car.

The suspect, Arkeem Bennett, cocked his weapon and aimed it right at the individuals in the car. What he wasn’t expecting was for the driver, who had just been at a movie with his family, to pull out a gun of his own from the glove compartment.

Turns out said victim is a concealed carry permit holder — and put his status to use, firing at Bennett multiple times “in self-defense,” Gocekel said, according to the paper.

One bullet struck Arkeem, WCJB reported, but he got away in a car with another person driving.

The victim called 911, the station said. Goeckel added that the victim who shot Bennett said he didn’t know Bennett and never saw him before.

“Once the suspect’s vehicle was located and crashed several blocks from the location of the scene, our officers set up a perimeter to contain anyone that may have fled and [one of the officers] actually happened to see Mr. Bennett laying on the ground,” Goeckel said, WCJB reported. “And by the time he has reached him, he was already dead.”

So what’s the lesson here, boys and girls? Simple. Don’t be a bad guy and point a weapon at innocent people. It might end up being the worst — and last — mistake you ever make.

No one celebrates the death of a human being, but there are natural consequences for our actions, and sometimes those consequences are fatal, like in Bennett’s case.

At the same time, we don’t know what, exactly, Bennett was capable of, so had the victim not taken action, it could’ve easily been him laying dead on the street.

It’s a truly tragic outcome, but Bennett is the only one responsible for his fate.