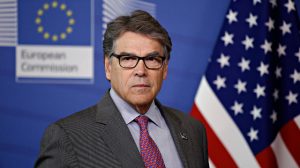 According to former Energy Secretary Rick Perry, President Joe Biden’s actions in shutting down pipelines here in the U.S. while bolstering them for Russia doesn’t make any sense, unless it’s just part of the plan to hurt our country’s fossil fuel industry.

”Is this a plan,” Perry went on to ask during an interview Tuesday on ”The Chris Salcedo Show,” that the ”Biden administration is putting into place to bring America to its knees? Why else would this be happening if you weren’t doing it on purpose? And I would suggest to you they are doing it on purpose because they hate the fossil fuel industry.”

However, Perry went on to explain that these actions are hurting more than just the fossil fuel industry. Both middle and lower-class Americans are beginning to take big hits in their bank accounts thanks to the increasing price of fuel.

AOC, a reference to Rep. Alexandria Ocasio-Cortez, D-N.Y., a far-left member of the House who has spearheaded much of the progressive agenda, is a frequent target of the right for her actions.

”One of the things that President Trump focused on was making America energy- independent, and we did that,” Perry said. America was sending its energy products outside of the United States, including its liquefied natural gas into Europe, freeing Europeans from the control of Russian gas, Perry noted.

”And within literally months of the Biden administration coming into place, they allowed the Nord Stream 2, Russia’s pipeline to be finished, the former Texas governor said. ”I mean, the Europeans again are being held hostage by Russian gas.”

”These people either or some of the most inept individuals that have ever served in government, or there’s something more insidious going on,” he said in conclusion.