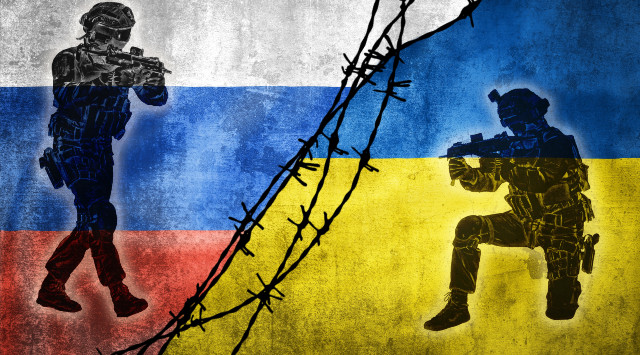 According to Gen. Blaine Holt on Tuesday, the Russian military is “failing in almost every measure with the invasion of Ukraine,” but that could be making the situation unfolding even more dangerous as Russian has proven already that they are capable of “desperation acts.”

“They’re not going to stop their objectives, and they’ve already proven in three weeks that they are capable of desperation acts such as crimes against humanity, acts against the Geneva Convention, use of illegal weapons,” Holt went on to say during an interview on Newsmax’s “National Report.” “We see that this morning as we see fire against civilian targets, residences.”

The comments from Holt come not long after Pentagon Press Secretary John Kirby made statements concerning how the Russian military has made very little progress, due in large part to its stumbles, missteps, and logistical issues, but also because of the strong resistance of the Ukrainians.

“I would just say that the Russians did not come prepared for the missions that they set out to accomplish, and I wouldn’t characterize what the Ukrainians are doing as resistance,” Holt went on to say during his chat with Newsmax. “It is a full defense of their country. It’s nothing shy of that.”

Meanwhile, the situation will be getting even more dangerous for Kyiv in Ukraine, said Holt.

Ukraine President Volodymyr Zelenskyy has said that Russia didn’t expect as much resistance, as it believed in its propaganda, and Holt noted that Ukraine has learned a great deal about the state of Russia’s preparedness from the prisoners it has captured.

“Many of them didn’t know they were coming to actually fight Ukraine,” said the retired Air Force general. “There’s a lot of disarray, but President Zelenskyy is doing what good leaders do. He’s standing up. He’s telling his people quite honestly what their chances look like and what their odds are.”

That’s a scary thought when you realize that Russia has nuclear capabilities. As if there wasn’t enough junk happening in the world right now to be concerned about. Now we have a madman who’s plan to invade a foreign country is back firing in his face, which might tick him off and cause him to launch nuclear weapons.

I’m ready to stop living in unprecedented times, aren’t you?