Residents Of Louisville, Kentucky Who Refuse To Self-Isolate Ordered To Wear Ankle Monitors 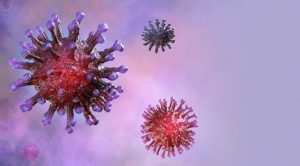 A judge in Kentucky is cracking down hard on individuals who are refusing to isolate themselves in quarantine after being exposed to individuals who have tested positive for the coronavirus, forcing them to wear ankle monitors as a measure to keep them locked up inside and away from the public.

The measures are being exercised in Jefferson County, the home of the city of Louisville.

One particular individual, known only as D.L., actually lives with someone who has tested positive for the virus and another individual who is considered to be a presumptive case. Folks who are exposed to individuals with the virus are told to self-quarantine for a certain period of time to prevent infecting others and spreading the illness to those who might be vulnerable to complications.

According to D.L.’s family members, the individual in question “leaves the house often,” which is honestly totally inconsiderate and just plain rude and stupid. However, does this warrant placing someone under house arrest?

If the person in question were not already exposed to the coronavirus, the answer would be yes, but considering they have been exposed to it, that makes this whole thing a bit trickier.

There are at least three other cases of people in Louisville breaking self-isolation orders in the area who were subsequently fit for ankle monitors.

If you think what’s happening in Louisville is crossing a line, wait until you see what they’ve done in Pennsylvania. Apparently, a woman was fined for taking a leisurely drive, alone, because that somehow violates the “stay-at-home” order.

How someone who is in their car by themselves and only taking a drive could possibly infect someone or become a carrier of coronavirus is anyone’s guess. That, to me, seems like tyranny plain and simple.

The case in Kentucky is a bit harder to navigate, but still seems like toting a very fine line between public safety and violation of liberty. Glad I don’t have to make those decisions.