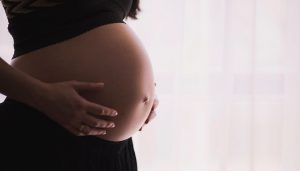 According to Rep. Jackie Walorski, the House is due to pass an “abortion on demand” bill, but she went on to state she is going to fight the measure and is planning to try and convince some of her Democrat colleagues that allowing “extreme unlimited abortions” is wrong.

“This is an abortion on demand bill for any reason, any time up into birth,” the Indiana congresswoman stated during an interview on Newsmax’s “Wake Up America,” noting that liberals malign people who oppose abortion as being extremists, but “this is an extreme bill for an extremely small amount of people in this country.”

On Friday, House Speaker Nancy Pelosi will bring the Women’s Health Protection Act to the House floor in a move coming after the Supreme Court refused to block a Texas law that bans abortion after six weeks, reports NPR.

The bill, if passed, will protect a woman’s ability to decide on abortion and will allow health care providers to offer abortions “prior to fetal viability” without facing restrictions from individual states, and prohibits restrictions on abortions after fetal viability when it is determined by doctors that continuing a pregnancy would risk the patient’s life or health.

“I’ve seen what extreme looks like when it comes to abortion,” Walorski went on to say, going on to add that she’s planning to use the case of Indiana abortionist Dr. Ulrich Klopfer while talking in front of Congress to prove her point.

“Just a couple of years ago, when Indiana abortionist Dr. Ulrich Klopfer was dying, his family found the medically preserved remains of 2,400 children in his garage,” said Walorski. “This guy was a monster. He left a legacy of death and destruction. He represents the culture of abortion. That made national news, with a camera scanning 2,400 little bottles on his shelves, with little whole babies in them.”

Klopfer is believed to have performed at least 50,000 abortions over the years and was considered to have been one of the Midwest’s most prolific abortion doctors, reports The Chicago Tribune.

A newspaper also reported on how Klopfer, along with another medical doctor, back in the 1970s, used to compete against each other to see who could perform the most abortions every day at a hospital located in Chicago.

Walorski noted that during her time as a state representative in Indiana, “we chased this doctor for 10 years.”

“He literally had a route,” she went on to explain. “He lived in Chicago and performed abortions there and he continued through in my district at the time, of South Bend, and performed thousands of abortions in the state of Indiana. When those jars with those babies were unveiled to the country, trying to match who those mothers were, and how do I identify those remains, it was impossible.”

Walorski noted that allowing unlimited abortions, paid for by taxpayer dollars, is far too extreme.

“It’s cruel,” the congreswoman said. “It’s not where the American voters are. I think it will pass the house today because [House Speaker Nancy] Pelosi leads an extremely left agenda, but I pray and I know a lot of other people around the country believe that this will stop in the Senate. It should never pass the House. That is, unlimited abortion.”

“Walorski also spoke about bills signed in California that will allow minors to hide that they’ve had sex-change operations and to hide abortion from their parents, and about a bill in Massachusetts that allows people to change their sex on their birth certificates,” the report from Newsmax said.

“It’s bizarre and it’s extreme,” she stated. “The majority of people in this country are sitting back and shaking their heads and saying what has happened in this nation in the eight months of the Biden administration? That’s not where I am. That’s not where I live. I hear this every day from my constituents.”