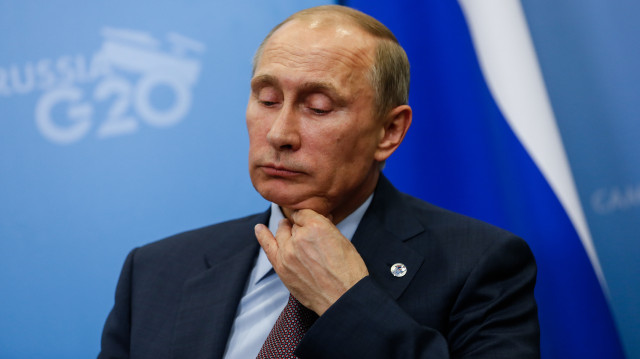 According to Congressman Rob Wittman, it’s going to be “very difficult” for Russian President Vladimir Putin to remain in power as the leader of his country after the invasion of Ukraine is over and the aftermath that follows.

“You see the underpinnings of Russia crumbling around him,” the Virginia Republican went on to during an interview on Newsmax’s “Wake Up America.” “You see world pressure beginning to have an effect. You see people within Russia saying this is absolutely unacceptable.”

Wittman then went on to add that Putin’s appearance is undergoing a change, as are his words.

“Instead of saying We’re going to take Kyiv, he’s now saying We want a certain portion of Ukraine to be independent of Ukraine,” Wittman continued. “We see that he wants that land bridge that connection to Crimea. You see his demands starting to change. You see his appearance changing. You see, overall, I think a weakening of his resolve, and what has been an effort in this war against Ukraine crumbling around him.”

There has also been a great deal of speculation concerning Putin’s changed physical appearance, including his fuller face, but Wittman said stress may be coming into play.

“I think that’s a direct outcome of what he has seen as not achieving the things that he wants to achieve in this war in Ukraine,” said the congressman. “If you notice too, you don’t see people around him anymore. I’m sure that he has reduced his inner circle. I know that. He is suffering from what’s happening around him in Russia.”

The Russian people, Wittman added, are not standing behind Putin as he thought they would.

The congressman, appearing on Newsmax before President Joe Biden was to speak to Chinese President Xi Jinping, said the two world leaders’ conversation would be “incredibly important.”

“The president needs to reinforce with Xi Jinping that China should not in any way, shape or form help Russia, whether it’s economically or strategically, or through backdoor channels, providing them weapons,” Wittman stated. “That’s what Vladimir Putin needs in order to sustain this incredibly barbaric effort in Ukraine.”

Wittman then said the United States must be “unambivalent and direct” and state clearly that China will have major penalties if they choose to support Putin.

“Meanwhile, Putin, in a call with Turkish President Recep Tayyip Erdogan, laid out several terms he’d accept to declare peace in Ukraine, and Wittman called them ‘desperate measures,'” the report from Newsmax said.

President Putin has stated that he wants Ukraine’s party to be disarmed and for the country and to ensure him they will not join NATO.

“Some [of these] might be reasonable, like Russian language provision, but the others are desperate measures for him to try to save face,” the congressman concluded. “He is trying to save face in this whole effort.”