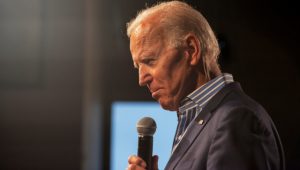 According to congressman Ralph Norman, the current spike in inflation that is making life miserable for the vast majority of Americans was all “self-inflicted by the Biden administration,” however, the White House is being “tone-deaf” about how this is actually impacting people, causing President Biden to make former President Jimmy Carter, once hailed as the worst president in our nation’s history, “look like a hero.”

“At the end of 2020, the inflation rate was 1.5%,” the South Carolina Republican stated during an interview on Newsmax’s “National Report.”

“Now it’s over 7% and there’s no end in sight to rising interest rates,” he added.

And as a result, it will be a “tough next couple of months, but it’s all self-inflicted, from gas prices to car prices, to not being able to get food and the supply chain. We can send a man to the Moon and get him back and we can’t unload cargo ships. It’s having a devastating effect and it’s going to for the next several months.”

Americans also can’t keep up with the rate of inflation and are seeing their paychecks dwindle. Meanwhile, municipal and state budgets are being slammed and businesses closed over COVID test mandates. But the administration is busy trying to spend more taxpayer money, said Norman.

“It’s time for the American people to get a voice and say we’re not putting up with it anymore,” the congressman went on to say. “You’ve got to address these problems, and it’s not a laughing matter, as Vice President [Kamala Harris] continues to do.”

Meanwhile, President Joe Biden came under fire from Senate Minority Leader Mitch McConnell, who called him “unpresidential” after his heated remarks this week comparing senators who oppose his positions to traitors.

Norman said in response that “all of us know that he’s not running the country.”

“It’s a cabal, whether it’s [Barack] Obama, whether it’s Eric Holder who knows,” the congressman continued. “Those words from Mitch McConnell were true, and that’s typically not the way he reacts, but you have to with this president. This president is forcing us to call him out for what it is to call senators who disagree with him traitors.”

Norman then weighed in on the Democrats’ current push for legislation for “voter rights.”

“It’s eliminating so many things that have made this country great, which are honest elections,” Norman commented. “There’s a breaking point for America, whether with the inflation, whether it’s with the supply chain. I think we’re there and it’s time for we, the people, to stand up and say enough is enough.”

He referred to Democratic efforts to get rid of the filibuster in order to allow this new legislation to pass as a “last-gasp effort, to retain their power.”

“They know what’s going to happen at the end of the year,” Norman remarked. “It’s all self-serving. The country does not deserve this.”