Rep. Malliotakis Drops Hammer On Blinken, Says She Doesn’t Believe Him On Capabilities Of The Taliban 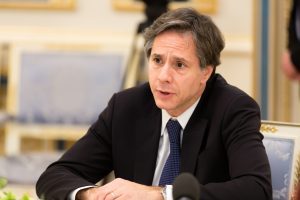 Rep. Nicole Malliotakis stated that after she interviewed Secretary of State Antony Blinken during testimony delivered before the House, she could “absolutely not” believe him when he stated that the ability of the Taliban and al-Qaida to launch terrorist attacks on the U.S. has been “dramatically downgraded.”

The first statement out of Blinken’s mouth was that the Taliban, a group of known terrorists, had made a commitment to not allow Afghanistan to once again become a base of operations for terrorism again, the New York Republican stated during her interview on “Wake Up America,” which is what led her to ask about the kind of potential risk the group poses to the United States.

“I just can’t understand how he could make that statement, considering that the Taliban are terrorists themselves,” said the congressman.

She pointed out that Sirajuddin Haqqani, the leader of the Haqqani network designated as a terrorist organization in 2012, is a cabinet member for the new Afghanistan government.

“Money is out for information leading to his arrest,” Malliotakis stated. “It was astounding to me that the secretary of state could stand before Congress and say basically that they’re trusting the Taliban to prevent terrorism from once again emerging.”

Malliotakis said she doesn’t know whether Blinken lied to her or “he just has no idea what he’s talking about,” but “the latter could very well be possible, considering how … discombobulated the agency was during this process.”

She noted that several congressional offices, including her own, have reached out to the State Department for assistance in bringing Americans and Afghan partners out of Afghanistan.

“The Democrats don’t seem as committed as Republicans to getting answers for those families and for the American people, and that to me is absolutely outrageous,” Malliotakis went on to say. “We did this hearing and they tried to blame President Trump, who has clearly said he would have done things differently and laid out those differences.”

Malliotakis then added that she’s very concerned with our borders essentially being wide open thanks to the awful immigration policies of the current administration, noting that “we have to be very vigilant at this time.”

“We just had the 20th anniversary of 9/11, and that should be a reminder that we must always be vigilant and that includes securing our borders,” she added.