Rep. Jason Smith: United States Is Turning Its Back On The Nation Of Israel 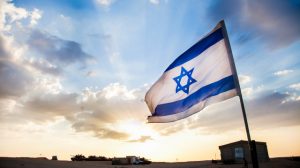 Rep. Jason Smith sat down for a chat with the folks over at Newsmax where he expressed his belief that the United States is in the process of turning its back on the nation of Israel, it’s most critical ally in the Middle East.

His remarks come in light of Democratic lawmakers removing $1 billion in funding that was to go toward military needs in Israel. “The radicals and the Democratic Party are really leading the Democrats to an area that … no one in America would love to see.

During the interview conducted on the Tuesday edition of The Chris Salcedo Show, the Republican from Missouri said, “The radicals and the Democratic Party are really leading the Democrats to an area that … no one in America would love to see.”

”The fact that the people that [are] leading [Nancy Pelosi’s] party right now … are opposite of everything that we would ever possibly want in an ally. And Israel is our greatest ally that this country has, and right now, the Democrats are trying to turn their back on them,” he stated.

Reports are now saying that House Democrats have raised objections concerning a provision that gives additional spending to Israel for their “Iron Dome” defense system.

The main reason liberals are against the additional funding is because they fear the money could potentially lead to Palestinian casualties.