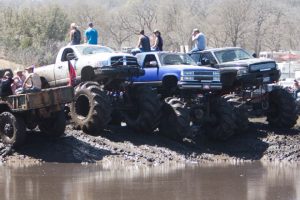 I want to say good things about my friend Derrick Morse but I’m not sure I have the words that adequately convey what needs to be said. Over the last few years I’ve been privileged to bounce around this country and a few others with him and he’s graciously made me, an outsider, a part of the Rednecks with Paychecks family. He and I have had a few adventures together that should never become public knowledge, and I’m thankful for every one of them. We’ve been the fish out of water in Hollywood, we’ve drank wine in posh Los Angeles homes (one was Slash’s…just say’n), we’ve been lost in Mexico, and we’ve shared a couple of half-star hotel rooms in third world areas (same room…different beds…we ain’t no brokeback cowboys).

Wherever we have gone, and whoever we’ve been with, I’ve never seen Derrick change. He is 100% himself. I’ve never known another man with more integrity. I’ve never known another man with a bigger heart. I’ve seen him mad, I’ve seen him happy…frustrated, excited, nervous, persecuted, lied about….but he’s always the same guy that will take the last five dollar bill from his pocket and give it to a stranger on the street (I’ve seen that too).

Last week he and the team loaded up the trucks, trailers, and boats in St Jo, TX and went down to the devastated flood areas of Texas. Once again, they saved lives.

The people in Hollywood and New York may laugh at the so-called “rednecks” but the people stranded in Harvey’s aftermath weren’t laughing when the rednecks and their off-road “monster trucks” showed up. They literally went into places that authorities and their vehicles couldn’t go. They pulled the national guard out of the mud. They delivered first responders and police officers to unreachable destinations. God bless the Rednecks with Paychecks and their giant “toys.” And God bless Derrick Morse for leading them.

Yesterday my friend met the President of the United States (at his request) wearing a borrowed pair of pants and boots because he had run out of clean clothes while working all week in the floods. The First Lady complimented him on his cowboy hat. The major news outlets interviewed him…I’ve been privileged to hear some of the recorded interviews that have yet to be released…and through it all he was still just Derrick: A man that knows who he is and knows why he exists. And I can’t begin to tell you how thankful we all are for that.

In fact…I think Rednecks with Paychecks should have its own reality TV show. You’d watch it.

Derrick, I love you like a brother my friend and I’m ridiculously proud of you!