Real Wages Lower Now Than Before Pandemic, Thanks To Inflation 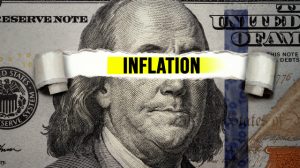 New data indicates that people are actually taking home less money now than they were before the pandemic started in 2020, thanks in large part to the spectacular failure of Biden administration policies causing a spike in inflation.

Employers have actually spent 4 percent more on wages and benefits over the course of the last year, but inflation has managed to outpace those increases, which means the amount of real wages that employees have been earning has been trending downward.

Jason Furman, the chairman for President Barack Obama’s Council of Economic Advisers recently tweeted about this discrepancy after numbers from the employment-cost index were posted Friday morning.

Inflation has been rising even more rapidly so real compensation and wages have been falling since mid-2020 and are now lower than they were prior to the pandemic and well below their pre-pandemic trend. pic.twitter.com/uwlPaVNrqv

The personal consumption expenditures index, the Federal Reserve’s preferred measure of inflation, was up 5.8% in December, slightly more than the previous month and the fastest pace of inflation since 1982.

Furman has raised concerns about inflation in the past. He said he thought President Joe Biden’s fiscal stimulus spending back in March was a “mistake” because of the possibility it would exacerbate higher prices.

“Just one year of President Biden’s bungled economy has wiped away three years of Americans’ wage gains, with inflation growing at the fastest pace since 1982,” Brady went on to say. “The threat of crippling tax hikes and more runaway spending only worsens our labor shortage, supply chain crisis, and inflation.”

“Friday’s numbers come the same week as the Federal Reserve meeting in which officials signaled the first of several interest rate hikes designed to tamp down inflation is coming ‘soon,’ which is presumed to be in March,” the report said.