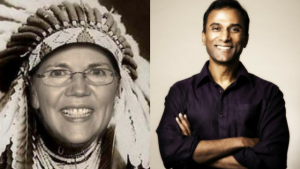 Dr. Shiva Ayyadurai is an Indian, as in, he was born in India.

Elizabeth Warren has claimed for years that she’s an Indian, as in Native American. Spoiler alert: she’s not.

Dr. Ayyadurai, who is challenging Warren, aka “Fauxcahontas” (“Pocahontas” is also acceptable) for her Senate seat in Massachusettes, decided to take advantage of Warren’s dubious claims of Native American Indian heritage for the purpose of his campaign, branding the hilarious slogan:

Only a REAL INDIAN can defeat a fake Indian! 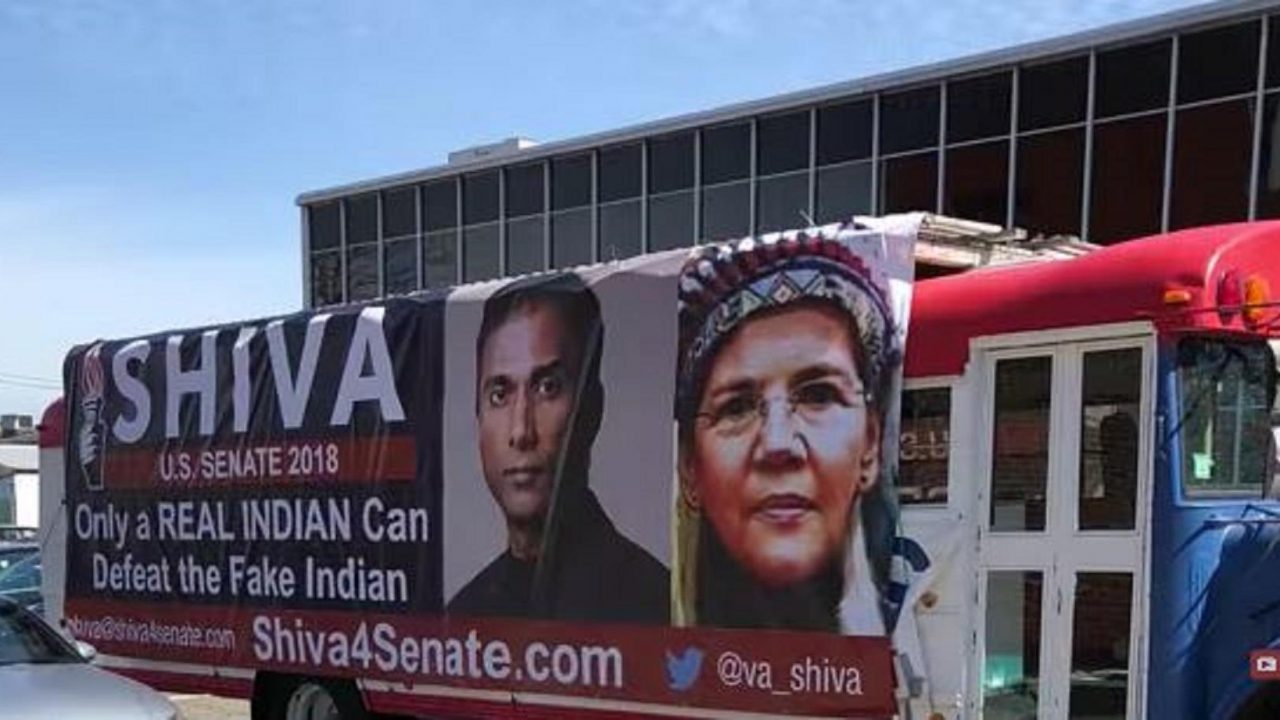 While it still is yet to be seen if a real Indian can indeed beat a fake Indian, as Ayyadurai is considered a longshot in his challenge against one of the most prominent Senate Democrats, you can’t deny the sheer epicness of this slogan.

Unfortunately for Dr. Ayyadurai, not everyone appreciates his slogan. The Blaze reports that he is now suing the city of Cambridge, MA, for their attempt to get him to remove his sign from a bus parked outside of a building he owns.

The sign in question features his slogan alongside a picture of himself in a suit and Sen. Warren in a photoshopped Indian headdress. One imagines the latter image may have something to do with the city’s official objection to Ayyadurai’s campaign branding.

“In early April, Cambridge building inspector Branden Vigneault sent a notice to Ayyadurai’s campaign saying that the sign must be removed since it lacked the necessary ‘approvals and permits.’ Fines imposed for keeping the sign up could be $300 per day, plus other fees,” they explain.

Fox News reported this week that he plans to sue to keep his sign in place.

Warren’s troubles began decades ago when the blonde-haired, blue-eyed Oklahoma transplant falsely claimed to be the “first woman of color” at Harvard University due to her family legends of Native American ancestry, which she has defended by her ancestor’s “high cheekbones.”

She was clearly unaware that testing for Native American ancestry has advanced beyond measuring cheekbone height when actual Cherokee, members of the tribe from which she claimed ancestry, requested she take a DNA test to confirm her heritage once and for all.

“It’s a part of me, and nobody’s going to take that part of me away,” she said, claiming she’d rather rely on her family stories than, you know, actual evidence of her hotly contested ancestral claims.

You’d pretty much have to be stupid not to take advantage of this if you were running against her, but we’ll just have to see how that works out for the “real Indian”!