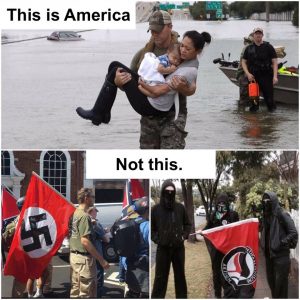 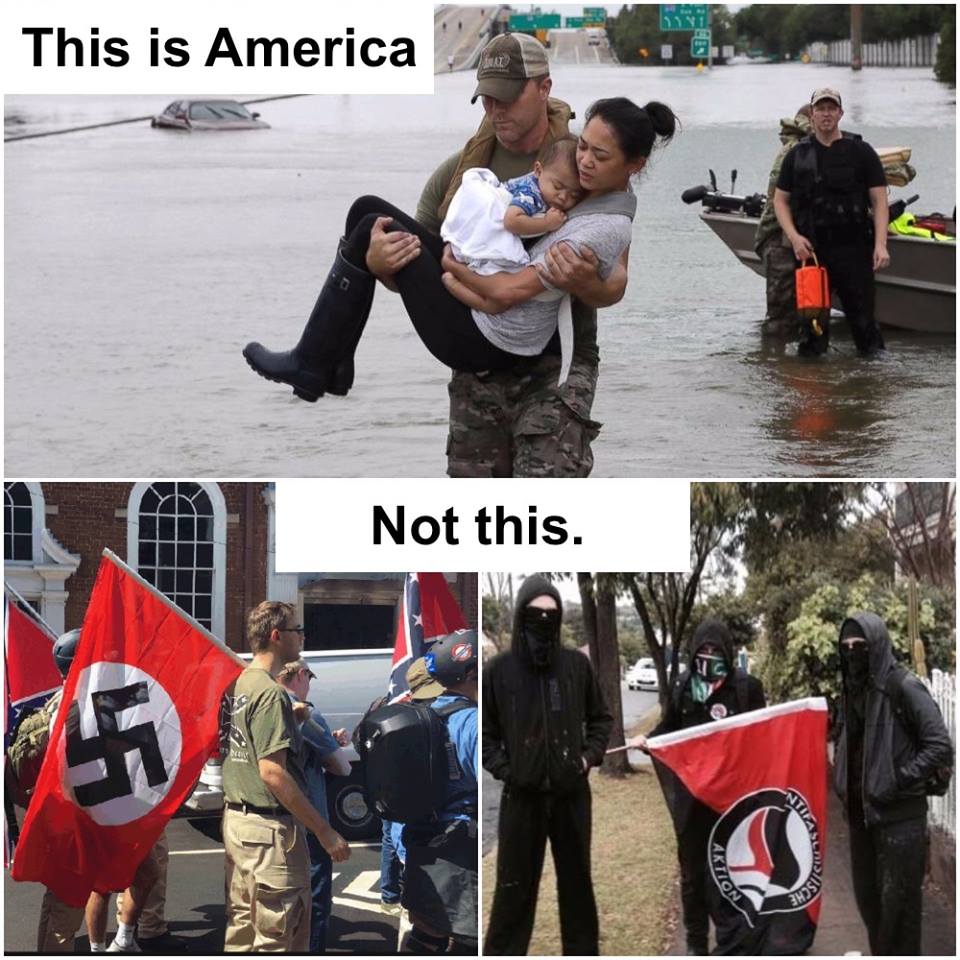 Hurricane Harvey was, according to the National Weather Service, the first major storm to make landfall in the United States in nearly twelve years. It has devastated the Texas coast and is now wreaking havoc in southwestern Louisiana. Speaking literally, as scientists tend to do, they are correct. Metaphorically, however, Hurricane Harvey is the second big blow to hit the mainland this summer.

The first one struck Charlottesville, Virginia a couple of weeks ago. That storm didn’t bring wind, rain, and a storm surge like Harvey did to Texas; the mess it dumped on the Old Dominion state looked and smelled a lot like an overflowed septic tank. Unfortunately, this storm of conflict and hatred didn’t blow itself out in Charlottesville. It got stronger. With a gleeful media doing their very best to push it along, strife and confrontations erupted across the country. Distrust, fear, and resentment grew with the storm.

Then came Harvey. The media and activists on both sides tried to keep a good thing going. They questioned how people from such diverse backgrounds could work together. They lamented the broken communities that would never heal. They questioned the ability of the current administration to handle such a disaster and criticized the mayor of Houston for not acting more quickly. As is too often the case, an overwhelming natural disaster looked to be just the ticket to keep the conflict train rolling.

But this is Texas. These are Americans. I don’t know where this meme originated, but it is truth. No matter how much the politicians and the media need hate and hysteria to push their agendas and their ratings, we are a caring, giving people. When our neighbors are in trouble, real Americans don’t care what color their skin is, how they voted, or what flag they fly. We help them. That’s the bottom line.

It’s tempting to fall for the rhetoric when our “leaders” spend so much time pitting race against race, class against class, and Americans against America. Instead, maybe we should look into our own hearts and approach our neighbors from that bottom line shown in the meme instead of toeing the party line we see in the “news” media. A lot of love happens when we focus on what makes us the same instead of letting politicians and the media exploit our differences.