The Rattlesnake was WHERE?!? You’ve Got To See This! 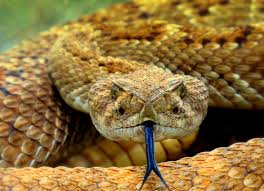 Just when you thought it was safe to go back into the ocean, you may not be able to get to it!

When’s the last time you were walking barefoot down the beach and encountered a giant rattlesnake? That’s right! Rattlesnake!!!

Apparently that is exactly what happened recently when Jonathan Wiles, who lives in Orange, VA, took a trip to Hilton Head, SC. He encountered  a five foot long rattler that was out enjoying the beach.

Wiles captured pictures and posted multiple videos of the deadly snake making its way across the beach and soaking up the sun and the surf. See the pictures below.

Oh hell no! So much for relaxing strolls on the beach. Imagine if you were walking at night or laying out in the sun! 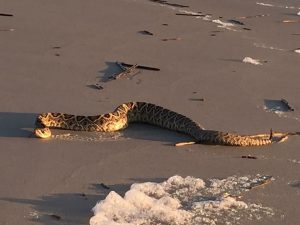 Just going out to enjoy the surf! 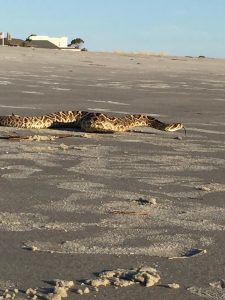 If I saw this on the beach I’d be running for three days! 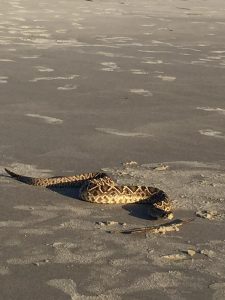