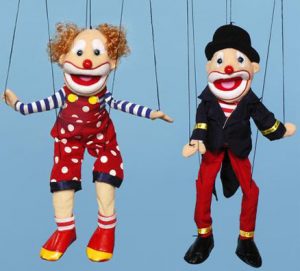 We’ve all been through dark times – days, weeks, months, or even years when our best efforts to move forward push us further back. Times when the darkness around us is so thick we can’t even see the goal we’re trying to reach. Then, we catch just a glimpse of faraway light, and just having a direction to move in fills us with hope. As that tiny spark grows, our steps become lighter, easier, quicker. The end is in sight! Sometimes, we step out into the open air stronger, wiser, and thankful to have survived. Other times, a horn blast makes us realize that light at the end of the tunnel is really a train just before it rolls right over us.

For the “news” media, Hurricane Harvey must have been that bit of light they so desperately needed. For two years, they’ve led an all-out assault on Donald Trump. Oddly enough, the billionaire who stepped up to the microphone to announce his candidacy for the 2016 Republican Presidential nomination was a stand-up guy. The candidate who stepped away from the podium, however, was a racist, misogynistic, homophobic, Islamophobic, fascist monster. Hillary Clinton was by-God-going-to-be-President, and anyone who dared challenge her was fair game.

Once the Republican candidate was selected (who the Democratic nominee and winner of the election would be was never in question), the media went to work making sure President Hillary Clinton had a smooth ascension to the Oval Office. When Trump won in spite of the rigged polls, leaked debate questions, carefully coached “journalists”, faked dossiers, Watergate-style government spying, and general harassment by the Obama regime, the gloves came off. The Democrats and their media lapdogs had stolen the election fair-and-square. Retribution would be extracted.

President Trump, however, had other ideas. He pulled the media’s strings just like Jim Henson working Miss Piggy and Kermit the Frog. Despite the misinformation, innuendos, and outright lies designed to disrupt his administration, he maintained his place behind the aptly named Resolute Desk. Then Mother Nature stepped in, delivering Hurricane Harvey as a gift to those trying so hard to oust the leader of the free world. Katrina, the last Republican hurricane, is still paying political dividends to Democrats, so Harvey would surely be the knockout punch they needed. At long last, a light glimmered at the end of their long, dark tunnel.

But, a strange thing happened on the way to impeachment. America stood up. Instead of waiting on government help, people from across the nation loaded their trucks with supplies and rescue equipment, hitched up their boats, called their bosses, kissed their families goodbye, and headed into the flood to help a bunch of strangers. And, unlike the government, they didn’t ration their assistance according to skin color, gender, sexual preference, or nationality. They didn’t apply a religious or political litmus test before offering aid.

They didn’t even use qualifiers to determine who they would work with. Instead, they stood shoulder-to-shoulder with anyone who was willing to help rescue anyone who needed help. For the media, ready to deliver the coup-de-grâce to the Trump Presidency, the light that had given them such hope proved to be the headlamp of a train, illuminating the rank dishonesty inherent in the narrative of hate and division they’ve pushed for so many years.

Giving credit where credit is due, the media tried hard to make the most of what they had. Evacuations weren’t handled correctly. President Trump showed up in Texas, but only met with local leaders, leaving victims feeling unloved and forgotten. Then, President Trump came back to Texas and went out among the people, taking much needed resources away from rescue efforts. Even worse, First Lady Melania Trump boarded Air Force One for that second trip in – gasp! –high heels.

Media efforts, however, were in vain. When America rose up to help, Americans saw the malicious tripe for what it was. Hurricane Irma came ashore with much less fanfare and breathless anticipation from the media, despite severe damage to a large part of Florida. Jose got barely a mention, though, in fairness, he proved to be little threat to the U.S. mainland.

Maria, however, devastated Puerto Rico, leaving the island with no electricity or drinking water and very little infrastructure. No doubt, everyday heroes abound in the U.S. territory, but we see little coverage. Most of what has been reported represents an anemic effort to cast the Trump administration in a bad light. According to reports, however, supplies have reached the island. Truck drivers are in short supply, however, so they sit at the ports while people suffer.

How much good could the “news” media accomplish now by using their influence to raise a Cajun Navy of truck drivers? Instead, we get a lot of silence and half-hearted accusations. Under President Trump, government disaster response has been both quick and efficient. Natural disasters are no longer political ammunition in the war on Trump. Chances are good we’ve seen the last real coverage of a hurricane until a Democrat moves into the Oval Office again.