Prosecutor Who Questioned Ford Dismantles Her Allegations in 5-Page Memo 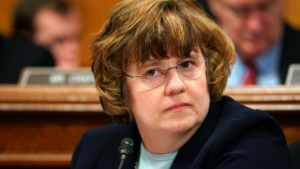 The fallout from Dr. Christine Ford’s testimony to the Senate Judiciary Committee drags on this week, as we consider the facts that Ford revealed absolutely nothing profound or new to the committee that had not already been revealed by her leaked letters or communication with journalists.

That is to say: Ford doesn’t have a substantial case against Kavanaugh, and Thursday simply affirmed this.

Of course, while many believe Ford’s account regardless of evidence, the woman who questioned her at the hearing, prosecutor Rachel Mitchell who specializes in prosecuting sexual assault cases, released a 5-page memo Sunday explaining why Ford’s story would not stand in a court of law.

She prefaced her memo by explaining:

. This memorandum contains my own independent assessment of Dr. Ford’s allegations,
based upon my independent review of the evidence and my nearly 25 years of experience
as a career prosecutor of sex-related and other crimes in Arizona. This memorandum does
not necessarily reflect the views of the Chairman, any committee member, or any other
senator. No senator reviewed or approved this memorandum before its release, and I was
not pressured in any way to write this memorandum or to write any words in this
memorandum with which I do not fully agree. The words written in this memorandum are
mine, and I fully stand by all of them. While I am a registered Republican, I am not a
political or partisan person.

She then explained that, although the Senate Judiciary hearing was not a court of law, her expertise was in the legal field, so she assessed the claims made against Kavanaugh in a legal context.

From this context, she gave her final assessment:

In the legal context, here is my bottom line: A “he said, she said” case is incredibly difficult
to prove. But this case is even weaker than that. Dr. Ford identified other witnesses to the
event, and those witnesses either refuted her allegations or failed to corroborate them. For
the reasons discussed below, I do not think that a reasonable prosecutor would bring this
case based on the evidence before the Committee. Nor do I believe that this evidence is
sufficient to satisfy the preponderance-of-the-evidence standard.

This is again, the bottom line of this case, while the media and hysterical left will never admit it.

We have laws in our country, and you simply can’t expect someone to be convicted for sexual assault, or for the charges made against said person to prevent them from, oh I don’t know, being appointed to the SCOTUS with an otherwise stellar personal and professional record, based on a story that is inconsistent and cannot be corroborated.

If Ford is telling the truth, she sadly cannot prove it, but for a fair legal standard to continue in this country, we have to apply the legal standard always, not just when there aren’t politically-motivated reasons to exempt someone from this standard.