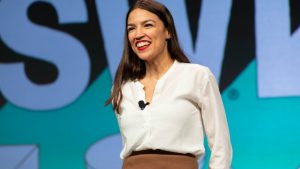 It seems that Rep. Alexandria Ocasio-Cortez’s attempts to create the “Squad 2.0” has failed, and there’s little doubt the candidates involved were hurt because of their association with her and the numerous gaffes and blowing of important deals for her district.

Why anyone in their right minds would want to align themselves with AOC, knowing she blew $3 billion for her district in the deal with Amazon, and seeing how much opposition she gets from the majority of her party — who are now plotting to try and erase her district seat altogether — is beyond mental comprehension.

A favorite of progressives across the country, Texas congressional candidate Jessica Cisneros, an immigration lawyer, came just short of recreating the AOC primary upset of her own when she attempted to unseat nine-term incumbent Henry Cuellar, who represents the Texas 28th district south of San Antonio. She played strong to her progressive roots and often referred to Cuellar as “Trump’s favorite Democrat,” also receiving high profile endorsements from Democratic presidential candidates, including Bernie Sanders and Elizabeth Warren.

I’m so grateful for my community and our dreams. This is the beginning. #TX28 https://t.co/OM7aSGHEU2

Meanwhile, Christina Tzintzún Ramirez, the progressive-backed candidate for a Texas Senate seat, is struggling to make it into a runoff with MJ Hegar, the Democratic establishment’s favored pick to face longtime Republican Sen. John Cornyn in November. While no candidate won more than 50 percent of the vote in the race, returns show Ramirez locked in a battle with Texas State Sen. Royce West for a place in the runoff with Hegar.

Another AOC-backed candidate, Georgette Gomez, did make the initial cut and qualified for the general election for California’s 53rd district, located in San Diego county. However, she came in second with 19 percent percent of the vote against the establishment candidate Sara Jacobs, who received 28 percent. In California, as one of the top two primary vote-getters, Gomez automatically qualifies for the November general election.

All three of these individuals were backed by AOC’s Courage to Change political action committee which is designed to help hardcore progressives take on establishment politicians in the Democratic Party.

What’s really telling is the fact these three did so badly despite the fact they had great fundraising numbers and strong organizations backing them. However, it seems they were counting on the youth vote and a lot of those folks didn’t show up at the polls.

So apparently, young people really love to protest and complain, but when it comes to actually stepping up to the plate and exercising their part to choose quality candidates who support their belief system, they just aren’t interested.

What does this say?

It says that protesting and being angry over made up social issues is trendy and cool. Such activity makes these kids feel they have a purpose and helps them connect with other people and that’s really all they want.