Professor Who Made Tweet About Race Now Faces ‘Inquisition’ 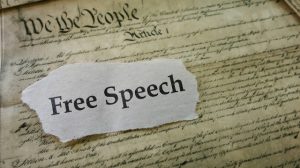 A professor from the University of Central Florida is now facing some serious backlash after making a comment on social media about race. However, the school he is employed by cannot fire the professor for his tweet. Instead, they’ve opened up an investigation into his career to try and find something, anything, they can use against him to make the case for firing him.

Here’s more on this story from the Daily Wire:

Professor Charles Negy has been an associate professor of psychology since 1998. He teaches controversial subjects, such as Cross-Cultural Psychology and Sexual Behavior, and can often be blunt. His personality has caused some strife among the UCF community, but he has received routinely positive evaluations.

This June, however, Negy’s eccentric personality and nonmainstream thoughts got him into trouble with today’s woke crowds. Negy commented on an article written by Steve Sailer for Taki’s Magazine, which concluded:

Negy responded to the article by saying it was “spot on (will infuriate folks).”

“Black privilege is real: Besides [affirmative] action, special scholarships and other set asides, being shielded from legitimate criticism is a privilege. But as a group, they’re missing out on much needed feedback.”

The article in question is a whole lot more controversial than that, and there are definitely going to be a lot of folks who disagree with Negy’s decision to share the article on social media and the commentary he posted up about it, there’s no reason for an investigation over it.

Here in America, we have a little thing called the First Amendment. This amendment is a protection of a God-given right to express our ideas freely, even if they are bad ones. This guy hasn’t had any previous complaints, therefore, there’s no evidence to suggest he’s in any way discriminatory toward black students.

Not long after the tweets, UCF President Alexander Cartwright tweeted about not being able to fire Negy.

“The Constitution restricts our ability to fire him or any other University employee for expressing personal opinions about matters of public concern. This is the law,” Cartwright said to the media.

Samantha Harris, an attorney for Negy, stated the Cartwright said “If any student, current or former, believes they may have experienced abusive or discriminatory behavior by any faculty or staff member, we want to know about it. UCF takes every report seriously. Concerns can be reported to UCF’s IntegrityLine, which also takes anonymous complaints.”

And the witch hunt apparently worked.

Since June 4th, a litany (we don’t know the exact number, because they won’t say) of complaints has been lodged against Negy for his classroom pedagogy, for speech that allegedly occurred over a 15-year period from 2005 to 2020. The university charged Negy with discriminatory harassment on the basis of race, ethnicity, national origin, sexual orientation, religion, sex, gender identity/expression, and disability—it is worth noting here that Negy himself is both an ethnic and sexual minority—while providing him with only a handful of “examples” of his alleged wrongdoing. Negy begged for more information prior to his investigative interview so that he might prepare to defend himself, but UCF refused.

Hilariously, Negy himself is an “ethnic and sexual minority.”

So the left is basically eating their own here, which is always hilarious. They claim to be all about fairness and equality, but truth is, if you dare to say something that doesn’t fit within groupthink, you’ll be ousted one way or the other.