Professor Uses Muffins to Argue That Gender Is a Social Construct. No, Really. 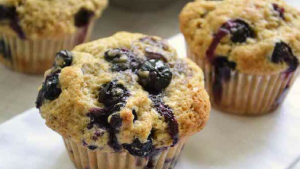 This isn’t the set-up to a dirty joke, I promise.

It’s an actual study, or at least social experiment, organized by a professor at the University of Cardiff in Wales, and it’s just about the dumbest argument yet for the debunked idea that gender is a social construct.

I say “debunked”, of course, because any basic biology class will teach you that gender is determined by not only your physical reproductive system but by your DNA. This hasn’t stopped radical gender philosophy from taking hold of the mainstream conversation, and now millions of people are actually convinced you can just decide your gender at will.

We can’t stop saying this is totally insane, because it is. Can you imagine if anyone started arguing in favor of flat earth again? Oh, wait…bad example. 2018 is just apparently stupid all around.

Anyway, here’s the story, from the UK outlet The Times:

The “mixed-muffin gender berry challenge” is one of a number of exercises included in Agenda, a free online toolkit distributed to more than 1,400 young people across Wales.

Its author, Emma Renold, professor of childhood studies at Cardiff University, has received a £10,000 award for her work, including the Agenda guide, which aims to teach young people about healthy relationships and raise awareness of sexual violence and discrimination.

I’m not sure I can get past that…but we must. Moving on:

The exercise distributes muffins around a group. Those whose cakes have blueberries inside are asked to stand by blue balloons, representing the stereotype of masculinity in one corner of the room. Those with raspberry muffins are asked to stand by pink balloons, representing the stereotype of femininity, in another corner. Those with mixed muffins found that they had no place to stand.

After this activity, we asked how they felt being categorized according to a muffin they did not choose, what it felt like to go to a gender-coded corner that they might not identify with, and what it felt like not to have a corner at all. This got us all talking about how we come into the world already coded through gender labels; how you can’t assume someone’s gender by how they look: what it feels like to be given a gender you might not choose; and not to have your gender represented at all.

It is true that you can’t assume someone’s gender based on how they feel, because these days everyone wants to dress up as the opposite gender! As for the rest of this mess, it’s ridiculous. I mean, beyond even just the use of muffins. Muffins!! Ok, ok, sorry. But to assume that someone is marginalized because they have physical characteristics they didn’t choose is simply absurd.

Just because you don’t choose your DNA doesn’t mean it doesn’t exist. It still determines your gender, your plumbing, your outward appearance, even–gasp!–your brain.

Beyond that, you can do what you wish. But this lie that gender is “assigned” has got to end. No amount of muffins in the world, no matter how powerful their metaphors may be (muffins, though?!) can change basic biology.