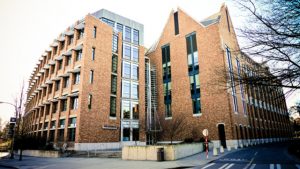 We live in a day and age where the differences in how men and women were designed by their Creator are no longer seen as a positive thing. Thanks in large part to the destructive force we call feminism, many ladies are growing up believing there are no differences between them and a man.

This would seem like a no-brainer, right? Obviously men and women are very, very different. These differences are a beautiful gift from God. Long gone are the days of celebrating those differences.

Well, a professor who believes in these differences recently learned the hard way not to mess the oh so all knowing power of science.

As Toni Airaksinen noted in Campus Reform in her article about the situation, Levy would not confirm whether he had read Stuart Reges’ article or reviewed the research Reges cited. Spokeswoman Kristin Osborn told Campus Reform, “We disagree with the assertion that gender differences and preferences [help] explain the disparity between men and women in computer science and engineering … we disagree with the notion that any one factor could be seen as greater than any other. … The source data used in the piece is not our concern, and we don’t believe it would be productive to comment on it.”

For his part, Reges told Campus Reform that he couldn’t understand how his work could be condemned without his research being read. He stated, “This is what science should be about. UW already decided based on ideology, not science, that they disagree with my conclusions. When you’re sure you know the right answer before you even look at evidence to the contrary, you cease to be a scientist.”

Here are some excerpts from Reges’ article:

I believe that women are less likely than men to want to major in computer science and less likely to pursue a career as a software engineer and that this difference between men and women accounts for most of the gender gap we see in computer science degree programs and in Silicon Valley companies … The NPR piece also noted that we have experienced a slow but steady decrease in women majoring in computer science since 1984, as indicated in the graph below … The idea that men drove women from the field is not supported by the data. There has been no period of time when men have been increasing while women have been decreasing. In 48 of the last 50 years the trend was the same for men and women with the percentage of women going up at the same time that the percentage of men went up and the percentage of women going down when the percentage of men went down. But while the trend has been the same, the magnitude of the response has differed significantly. …

In 2013, Psychological Science published a paper … They concluded that women may choose non-STEM careers because they have academic strengths that many men lack. They found that individuals with high math ability but only moderate verbal ability were the most likely to choose a career in STEM (49 percent) and that this group included more men than women (70 percent men). By contrast, individuals with both high math ability and high verbal ability were less likely to pursue a career in STEM (34 percent) and this group had more women than men (63 percent women). …

God made male and female, each one with equal worth and value before Him as both are image bearers and if you’re a Christian family, you are also an heir with Christ, thus a person’s identity is not based on their gender, sex, skin color, ect. It’s found in being image bearers and following Jesus in faith.