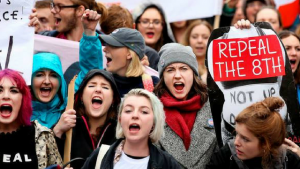 Here in the US, our Constitution recognizes an inborn right all humans are endowed by God with–the right to life. Whether that’s the right to self-defense, free speech, or freedom of religion, our right to self-determination is precious, and one of the building blocks of the unique liberty we have enjoyed in the United States for over two hundred years.

Unfortunately, however, since 1973, there is one demographic whose right to life has been seriously restricted: the unborn.

Ireland, who has also had their share of clashes with the Redcoats in modern history, actually has the right to life as part of their Constitution, much to the chagrin of far-left feminists abroad.

Well, the Brits are imposing their imperial, rule in a different way in Ireland this year, as the majority-Catholic country is set to vote on repealing the Eighth Amendment, the constitutional amendment which recognizes the right to life for the unborn.

Just let this sink in…these are the words of the Eighth Amendment which so many want to abolish:

Pro-choice advocates will rarely phrase their view as being decidedly against the right to life of an unborn child, but there’s no dancing around this plain fact. They’re literally anti-life.

The Daily Wire’s Paul Bois notes that “Even though all of Ireland’s celebrity class has aligned with leftist magnate George Soros to legalize child killing in the Catholic shell of a nation, less than half of Irish voters wish to repeal the countries 8th Amendment and enshrine abortion as a constitutional right.”

So, these far-left student unions are working overtime to scrape up enough voters to amend the Irish Constitution to no longer recognize the right to life of a child in the womb. 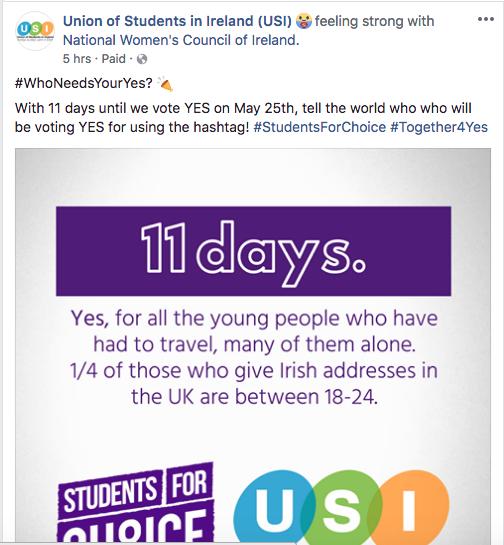 “Across all of Ireland, Student Unions have registered 26,979 students to vote prior to the upcoming referendum on May 25,” he adds.

Remember to put some prayers in this week for this incredibly important vote for the lives of unborn Irish children!