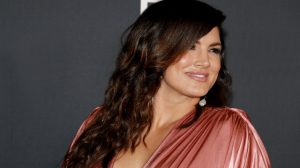 Sellers on the Internet are trying to cash in big on Cara Dune, according to reports from The Hill on Thursday, which say that prices for the character’s action figure from The Mandalorian have skyrocketed after she was fired by Disney for sharing a few conservative leaning views on Twitter.

“The former Disney star was cut from her role on ‘The Mandalorian’ earlier [in February] in a move that the mass media company had reportedly been planning for months over right-wing views Carano has expressed over social media,” the Daily Wire wrote in a recent report. “Disney officially cut ties with Carano over an image the actress posted to her Instagram depicting a Jewish woman running from Nazi guards.”

Earlier this week, toy company Hasbro announced that it would be ending a production run of figures for Carano’s “Mandalorian” character, Cara Dune — a production run they announced shortly following the series’ season two conclusion. A retailer told the Hollywood Reporter that the decision was made in light of Carano’s recent social media activity.

“The Star Wars Black Cara Dune figure was released in 2020 and sold out not long after the inventory was received,” the retailer said in an email to the outlet. “Hasbro planned for another production run and we were accepting preorders from that production run. Due to recent events, Hasbro was no longer approved to produce any more of this figure.”

The decision — and, it seems, Carano’s popularity with the “Mandalorian” audience — has sent prices for Cara Dune figures skyrocketing on secondary retail sites like eBay, with some sellers listing limited edition Cara Dune toys at up to ten times their suggested retail price.

“Action figures for Gina Carano’s ‘Mandalorian’ character are being hawked for big bucks online after a top toymaker reportedly said it would no longer produce the items following the actress’s firing from Disney for controversial social media posts,” the Hill noted. “Some sellers on eBay were listing their six-inch Cara Dune figurines for nearly $500, while others were being sold for $250 a piece on Tuesday.”

“One eBay listing is offering an action figure of Carano’s character for $495. A product that appears identical to the one on eBay is sold out on Target’s website but normally goes for $25,” the outlet added. “Another seller peddling a ‘mint condition’ Dune figure for $91 says in a listing for the item, ‘Try to get it now for low before the price skyrockets even more.’”

You have to wonder at what point Disney is going to realize they made a huge mistake in getting rid of Carano? Regardless, it seems they are too late to rectify the situation as Carano has now partnered up with the Daily Wire for a film project that is currently in the works.

The former The Mandalorian actress will both produce and star in the film.