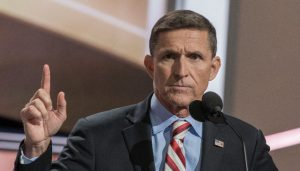 President Trump recently conducted an interview with CBS News where he mentioned that he would be totally in favor of Lt. General Michael Flynn making a return to the White House.

This, of course, comes after it was discovered that the FBI, working with top members of the Obama administration, plotted to use Flynn as a means of getting to Trump and sabotaging both his presidential aspirations and his administration after he won.

Trump said, “I would. I think he’s a great gentleman. He’s been in the military for many, many decades actually — highly respected.

Trump said on Monday that he has not ruled out a pardon for his former adviser and would await the result of efforts to dismiss his case. Trump has previously said that Flynn was “targeted in order to try and take down a president.”

Some Trump allies are pushing for Flynn’s return to the fold. “He’s the perfect example of deep-state victimization,” former House Speaker Newt Gingrich told Politico in discussing Flynn’s potential to stump for the president on the campaign trail, as he did in 2016. “Great surrogate — lots of people would come to see him.”

If you listen really closely, you’ll hear liberals across the country losing their minds and transforming into wild animals. We’re talking full on foaming at the mouth.

Flynn was to be their tool to destroy Trump and their efforts backfired in the worst way. Now, to think of him returning triumphantly to the White House after such a massive failure? That’s salt in the wound for sure.