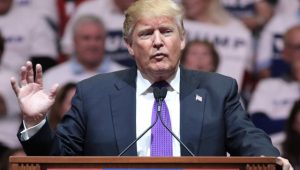 President Trump doesn’t seem too happy with how much time is being allotted to the Democrats in the Senate Judiciary Committee as the confirmation hearing for Judge Amy Coney Barrett kicks off this week, saying that they are receiving a “great deal of time” to talk during the proceedings.

The president noted that if it were him running the show, he’d “pull back.”

“The Republicans are giving the Democrats a great deal of time, which is not mandated, to make their self serving statements relative to our great new future Supreme Court Justice,” the president posted on Twitter.

“Personally, I would pull back, approve, and go for STIMULUS for the people!!!” Trump said.

The Judiciary Committee, led by Chairman Lindsey Graham, R-S.C., shared the format of Monday’s hearing – which gave Graham and ranking member Dianne Feinstein, D-Calif., time for opening statements, and time for each senator on the committee to deliver an opening statement for up to 10 minutes each.

“We’ve done some things together and we’ve had some fights in this committee. I’m trying to give you the time you need to make your case and you have every right in the world to make your case,” Graham said to Democrats on the committee. “I think I know how the vote’s going to come out, but I think Judge Barrett is required for the good of the nation to submit to your questions and ours.”

This is definitely going to be a contentious week. You can all but guarantee radicals in the Democratic Party are out and about doing their best to try and dig up dirt on Barrett so they can shoot down any chances of her getting confirmed to the bench before the election.

Some on the left are speculating that Trump wants to get her on SCOTUS before the election so that if he contests the results, he might have a decision made in his favor.

Or, how about we look at the most likely reason for this push through of Barrett to the court? Maybe, just maybe, the president is looking out for us and seeking to find a way to protect our rights should he lose to Joe Biden.

That fits pretty well with the president’s character.