President Of Heritage Foundation Has Perfect Solution For CRT In Schools 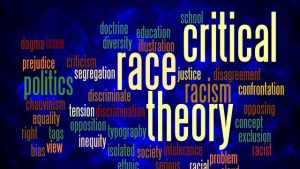 According to the new president of the Heritage Foundation think tank, schools across the United States should replace critical race theory, which actually creates racism and division, and replace it instead with classical education.

According to Kevin Roberts, who spoke with the Washington Examiner, education isn’t just about teaching students, “hard technical skills that allows [one] to get a job or that allows a student to do well on the standardized test. The reason I believe that classical education should replace [CRT] is because it puts the focus where it needs to be, which is on the formation of the student.”

“The greatest fruit of the debate over critical race theory isn’t merely that conservatives are winning that debate and thankfully rooting out CRT in a lot of schools,” Roberts went on to say. “It’s that in the process of doing so, we have recognized that we can use this overreach by the radical Left to remind Americans what education should truly be about.”

The teaching of CRT in some public schools has been controversial with parents, school boards, and voters. Last year it played a role in the Virginia election for governor, according to USA Today.

Democrat politicians and liberal activists have repeatedly insisted that the theory is not taught in schools and have objected to Republican lawmakers and governors who want to ban CRT from public schools in numerous states.

Now the new president of the Heritage Foundation wants classical education to replace CRT in all schools. Classical Education is heavily oriented toward the liberal arts, guided by the Western canon, and grounded in Greek and Roman traditions of academic excellence, according to the Manhattan Institute.

“It’s great to see that in the private sector, charter schools, private schools, a rebirth of classical schools in this country,” Roberts remarked. “But I’m also really excited that in public charter schools, we’re seeing many of those curricula adopted.”

The president of the Heritage Foundation then stated, “What you can’t teach is what you must form,” Roberts said, “and that is that understanding of character that comes from reading the great books, and the essays, and deep thinking in classrooms, and you get that with the classical approach. That’s why that’s what has to replace CRT, and for that matter, most American curriculum.”

I’m all for taking CRT out of schools and replacing it with something like classical education. We need to stop allowing the left to infect our society’s most important institutions with Marxism, which is designed to transform students into socialists loyal to the state who will sell out their own liberty in order to follow the programming public school put inside their heads.