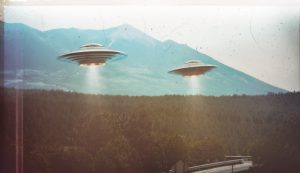 According to brand new reports, President Joe Biden is supporting Office of the Director of National Intelligence  who is “actively working” on a report concerning the issue of UFOs.

“We take reports of incursions into our air base by any aircraft, identified or unidentified, very seriously,” White House press secretary Jen Psaki said to reporters when she was asked about recent reports concerning aerial phenomena taking place in United States airspace. “Certainly the president supports ODNI putting together a report.”

When Psaki was asked if the White House would make a commitment to disclose the report’s findings in full, she directed the question toward the intelligence department that is leading the current investigation.

“In terms of disclosure, that would be up to them,” she replied.

The report legislation signed by former President Donald Trump last year calling on the country’s intelligence agencies to provide a report on UFOs within 180 days.

In March, John Ratcliffe, the former director of national intelligence during the Trump administration, told Fox News that the report would detail new sightings.

The approaching deadline has stoked renewed interest in the issue.

“What is true, and I’m actually being serious here, is that there is footage and records of objects in the skies that we don’t know exactly what they are,” the former president said.

“We can’t explain how they move, their trajectory,” he went on to say. “They did not have an easily explainable pattern. And so I think that people still take seriously trying to investigate and figure out what that is.”

So the plot continues to thicken, folks. What do you think? Are we on the verge of getting confirmation that extraterrestrials actually exist?

Or is all this just malarkey as our oh so eloquent leader would say?