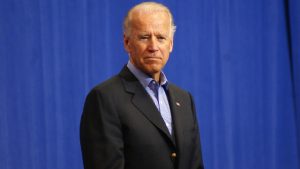 As if it isn’t sick and twisted enough that we provide funding for the murder of pre-born children in our own country, thanks to President Joe Biden, it looks like we’re going to be seeing a lot of our tax dollars going to help people in other countries murder their kids too.

Biden rescinded an order on Thursday that prevented U.S. foreign aid from being used to perform or promote the murder of children through the act of abortion.

The move also included a restoration of American funding to the U.N. Population Fund and withdraws the U.S. from an international accord that promotes anti-abortion policies. The steps came just a week after he was inaugurated and fulfills a campaign pledge to reverse a policy that previous Republican presidents, including his immediate predecessor, Donald Trump, had instated immediately on taking office.

The policy — known as the “Mexico City” rule, after the place where it was first announced at an international population conference, or the “global gag rule” — has been a political ping-pong ball, bouncing back and forth between Republican and Democratic presidents since it was first enacted in 1985 during President Ronald Reagan’s second term.

“These excessive conditions on foreign and development assistance undermine the United States’ efforts to advance gender equality globally by restricting our ability to support women’s health and programs that prevent and respond to gender-based violence,” Biden said in a memorandum to his Cabinet.

“The expansion of the policy has also affected all other areas of global health assistance, limiting the United States’ ability to work with local partners around the world and inhibiting their efforts to confront serious health challenges such as HIV/AIDS, tuberculosis, and malaria, among others,” he added. “Such restrictions on global health assistance are particularly harmful in light of the coronavirus disease 2019 pandemic.”

Folks, our founding fathers said that freedom is only for a moral people. There is nothing whatsoever that is moral about murdering pre-born children.

In fact, these children are having their most basic God-given right to life violated by the act of murder. And now there are people all over the country and the world who are celebrating the right to sacrifice their child on the altar of convenience and free sexual pleasure with no consequences.

Might this be why we are experiencing the hardship we are facing as a nation right now? You decide.