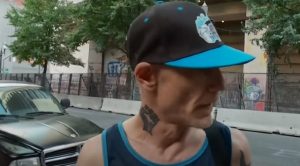 Michael Reinoehl, the man who shot a man in cold blood for being a Trump supporter, was fatally shot and killed by law enforcement earlier this month after being hit by bullets in his upper body and head.

Now the medical examiner is allegedly ruling his death a homicide.

The left truly does protect their own, don’t they?

Reinoehl was killed on Sept. 3 outside an apartment complex in Lacey, Wash., roughly 120 miles north, where officers from a federal task force led by the FBI and U.S Marshal Service were conducting surveillance after a warrant had been issued for Reinoehl’s arrest.

Thurston County Sheriff’s Lt. Ray Brady said at the time that officers initially shot at Reinoehl’s vehicle in an attempt to stop him. Federal agents had “attempted to peacefully arrest him,” different sources told Fox News.

As Reinoehl fled on foot, he allegedly pulled out a gun, Brady said in a press release. Officers then shot at and struck Reinoehl, who was pronounced dead at the scene.

This whole situation smells fishy, doesn’t it? What in the world is going on with Portland? Has Antifa infiltrated various levels of the city government already? I know that sounds a lot like tinfoil hat country, but it’s just weird to see the left try and defend this murderer.

No one should be killed for expressing political beliefs, regardless of what side of the aisle they are on. Something needs to be done to stop the madness before more people die needlessly.