Poor Colin Is So Oppressed 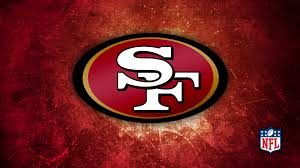 Poor Colin Kaepernick. He’s unhappy. The country that gave him the opportunity to earn an $11.9 million base salary in 2016 oppresses him and his people, so he can’t stand for the national anthem. The fact that he had the same income last year as 213 average U.S. households – as a backup quarterback – doesn’t seem to bother him. Dishonoring black Americans who wore or still wear the uniforms of our nation’s armed services hasn’t, apparently, given him pause.

Poor Colin had a good year with the San Francisco 49ers back in 2012. Starting quarterback Alex Smith went down with a concussion in Week 10, and Poor Colin made the most of the opportunity he’d been given. He wound up starting the rest of the season, even though Alex Smith was cleared to play two weeks later. He finished 5-2 as a starter and led the 49ers to Super Bowl XLVII, where they lost to the Baltimore Ravens. Still, it was a great statement for the second-year backup.

Poor Colin had a decent season as the starting quarterback during the next season, nearly leading his team to another Super Bowl appearance. 2014, however, was a down year. Poor Colin had several run-ins with the NFL, and his team finished only 8-8, missing the playoffs for the first time since 2010. His career continued the downhill slide in 2015, when he lost the starting job to his backup, then had season-ending surgery on his shoulder.

The real trouble started in 2016, when Blaine Gabbert was named starter for the season and Poor Colin decided he was too oppressed to respect his country and the people who risk their lives every day to guarantee his right to be a putz. He lost the starting job and won it back a few times while he turned the San Francisco 49ers into a circus instead of a football organization last year. Then, he packed up and rode off into the sunset, taking his chances on landing with another team.

The thing about taking a chance, however, is that nothing is sure. It’s called taking a chance because there’s always the possibility of coming up short. And that’s exactly what happened to Poor Colin during this year’s off-season. He took a chance, and he came up short. A reasonable adult might look in the mirror and think it’s time to make some changes, but it’s pretty likely that no one has ever accused Poor Colin of being reasonable and gotten away with it.

Being an NFL quarterback takes a lot more than yelling out colors and numbers and tossing a football. It takes guts and leadership. People with guts take responsibility for their situations and face their problems head on. Leaders put their team first, whether it’s a sports team, sales team, or military outfit. Creating an environment full of distractions and ill will is the antithesis of leadership.

If he had played his cards right, Poor Colin might still have done okay. The sports world is full of wealthy crybabies. Those athletes, however, perform. They win games. They contribute to their organizations’ bottom lines. With Poor Colin at the helm, the 49ers missed the playoffs three years in a row.

Yes, many factors go into a Super Bowl run, many of them things the quarterback can’t control. Still, Poor Colin proved himself to be  a mediocre quarterback, at best, and the six-year, $126,000,000 contract he signed was meant for a winner. Again, he might have been okay if he’d just been a half-assed QB. He got in trouble when he thought a mediocre backup’s opinion mattered more than the team’s bottom line.

It looks like Poor Colin’s football career is over. Despite what the NAACP believes, a player who’s more concerned with social justice than with winning games is a liability, and owners, GM’s, and coaches are tasked with winning games for their fans and earning money for their teams, not making activists feel relevant. If Poor Colin were a paying fan and wanted to sit through the national anthem, he would have every right to keep his butt in his chair. However, he’s an employee who represents his employer.

He’s also an entertainer paid to deliver a product – exciting football games – to his employer’s customers. Most fans turn the game on to watch football, not be lectured by social justice warriors. Maybe Poor Colin would have better luck applying at CNN or MSNBC.