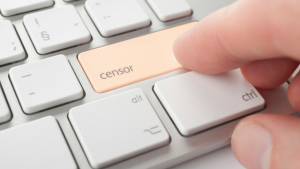 Many have been speaking out for well over a year about what appears to be a clear bias against Christian, conservative, and alternative media outlets, although the tech giants try to deny there’s any bias.

A new poll from Pew Research shows that the vast majority of conservatives feel these social networks are deliberately censoring their political speech, the Daily Wire reports:

Adweek reports that the poll, which surveyed 4,594 U.S. adults, found that around 72% believe that social networks have some control over political posts, and that Facebook and Twitter regularly censor some political information that opposes their corporate viewpoint.

But conservatives were far more likely than Democrats to believe that they were the ultimate targets of censorship; 85% of conservatives reported feeling marginalized by social networks, while 64% believe the most popular social networks have a decidedly liberal bent. Among Democrats, 43% “saw no bias” and 53% believe “that tech companies support both sides equally.”

Facebook has unrolled several changes to their algorithms in 2018 which Herr Zuckerberg claimed were aimed at helping users see what “friends and family” were sharing instead of the pages that users decided to follow of their own free will and that no one actually wanted this.

This move was a huge blow to pages that rely on Facebook for a large amount of their traffic, and also frustrating for users who could no longer see the content that they’d enjoyed following.

The Pew poll comes amid efforts from some tech giants to, let’s put it plainly, kiss up to conservatives.

According to The Washington Post, Twitter’s Jack Dorsey “convened a rare private dinner with Republican leaders and conservative commentators in Washington” last week to “build ‘trust’ among conservatives who have long chastised the company,” vehemently defending his network against charges that conservatives were unfairly targeted under the network’s “anti-harassment” policies.

Twitter — and Facebook — have a long way to go before conservatives believe their contentions, though, according to Pew. Only “3 percent believe those companies can be trusted to do the right thing ‘just about always’ and 25 percent ‘most of the time.'”