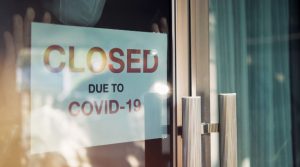 According to a brand new poll, 57 percent of voters believe that the lockdowns our country put into place during the thick of the coronavirus pandemic did far more harm than good.

This particular belief has actually grown in popularity with voters, as the opposite view was held by most back in May 2020, according to a survey that was conducted by Scott Rasmussen.

Thirty-six percent disagree that the lockdowns did more harm than good, and 17% are not sure.

The poll was conducted over the last weekend between Friday and Sunday among 1,200 registered voters and didn’t include a margin of error.

All we have to do in order to recognize the truth of this poll is look at how poorly the economy is still doing to see that. Glad folks are waking up.