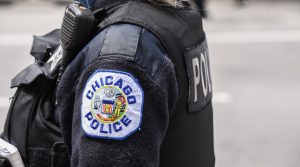 The Fraternal Order of Police in Chicago has issued a vote of no confidence for current Mayor Lori Lightfoot along with the other heads of the department.

The vote, held on Wednesday, is the result of what has been termed a “lack of respect for Gold Star families” amid the cancellation of the St. Jude Parade, an event held to honor officers who have been killed in the line of duty, according to Fraternal Order of Police President John Catanzara.

He called the decision to cancel the event for the second year in a row a “slap in the face to every department member” and offered an alternative plan to officials, but it was rejected, he said.

“Due to COVID-19 restrictions, our annual St. Jude Police League Memorial March has again been cancelled,” a police spokesperson told the Washington Examiner. “The Chicago Police Graphic Arts Section has produced a video in honor of the 594 officers who have made the ultimate sacrifice, including four COVID-19 related Line of Duty deaths that occurred in 2020. Never forget these men and women who have made the ultimate sacrifice. We honor them today and everyday.”

The vote was partially a response to working conditions, the FOP president stated, going on to add that it included a “lack of consideration” for the families of officers’ and social lives.

“Too many of our officers have worked extended hours, not voluntarily but forced, and the compensation, for starters, is the same whether you volunteer or not. That makes absolutely no sense, but the department doesn’t give a damn,” Catanzara said.

The mayor’s office did not respond when asked for a comment.