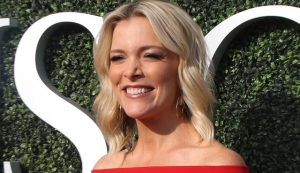 Podcast host Megyn Kelly took NBA executives and its stars  to the woodshed on Tuesday concerning the league’s constant denouncement of racism here in America while refusing to come out and condemn the human rights abuses happening in China.

Kelly, who is the host of “The Megyn Kelly Show” sat down for a chat with “House of Strauss” writer Ethan Strauss, who used to work for ESPN, on Tuesday in order to talk about the NBA’s lack of players, coaches, and executives who are willing to come out and criticize the communist nation of China, while on the other hand embracing social justice groups like Black Lives Matter here in the United States.

“If you’re going to play the moral arbiter of us all and lecture on BLM and why the United States has so much work to do when it comes to how it treats its people and then take money from this regime that’s forcing sterilizations on women, putting them into work camps against their will, and so on, you can spare me. Please,” Kelly went on to say during the interview. “You’ve lost the moral authority. It’s like Joe Biden lecturing us on sexism in the United States when, you know, girls are now getting their heads chopped off by the Taliban in Afghanistan. He can stop. He can stop because they’re there exposed because we pulled out so soon.”

Kelly went on to praise Boston Celtics center Enes Kanter for his outspoken stand against China and the silence in the NBA. Since Kanter began openly criticizing China, Celtics games have been pulled from the air in China.

Kanter’s latest statements on China came in a video posted to his social media on Monday slamming Nike and challenging NBA greats LeBron James, who still plays for the Los Angeles Lakers, and Michael Jordan to visit China and “visit these slave labor camps,” referring to Chinese concentration camps for Uyghur Muslims in China’s Xinjiang province.

“You do not address [police brutality] in China, you do not speak about discrimination against the LGBTQ community, you do not say a word about the oppression of minorities in China. You are scared to speak up,” he went on to say. “Who makes your shoes in China? Do you even know? There are so many forced labor factories in China.”

“Did you know that almost the entire apparel and footwear industry is tainted by Uyghur forced labor? Many well-known global brands are implicated,” Kanter said in the video. “And yes, that includes one of the NBA’s biggest sponsors, Nike. Nike claims that they do not allow any forced labor in their supply chains. Yet, they don’t have the receipts to prove it. … Don’t forget, every time you put those shoes on your feet, or you put that t-shirt on your back, there are some many tears and so much oppression, and so much blood behind it all.”

Kanter then wrapped up the video by issuing a challenge to Nike co-founder Phil Knight, James, and basketball legend Michael Jordan to take a quick little trip to China so they could see the human rights violations for themselves.

“Nike likes to say ‘Just Do It.’ Well, what are you doing about the slave labor that makes your shoes? That slave labor that makes you rich,” Kanter continued. “To the owner of Nike — Phil Knight — I have a message for you. How about I book plane tickets for us, let’s fly to China together. We can try to visit these slave labor camps and you can see with your own eyes. LeBron James and Michael Jordan, you guys are welcome to come too. Nike must be a participant in this. Stop the hypocrisy. Stop the modern-day slavery now.”