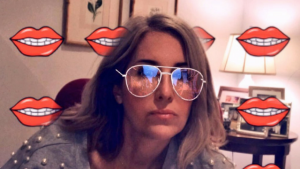 Do you remember all the way back to late last month when David Hogg and the mainstream media absolutely melted down over Laura Ingraham, an adult, commenting on Hogg’s “whining” about his college rejections?

Here’s how it went down: David Hogg, the newly-appointed teenage spokesperson for the anti-gun narrative, confirmed Ingraham’s suspicion that he was indeed whiny by demanding Ingraham’s corporate sponsors pull out of her Fox News show, the Ingraham angle.

Despite a classy apology from Ingraham and a boycott of said advertisers from her supporters, Hogg refused to back down, and just today Red Lobster pulled their ads from her timeslot as well, adding to the 25 advertisers he’s guilt-tripped into joining his crusade to avenge his hurt feelings.

So, where are the boycotts against Planned Parenthood and their supporters when one of their own bullied another Parkland survivor, Kyle Kashuv, and his prom date?

Nowhere to be found.

Because Kyle is pro-2A.

You may not have ever heard Kyle’s name before, despite the fact that while his peers rub elbows with celebrities and endlessly grace the airwaves of CNN, Kyle has been out meeting with legislators, educating himself on gun violence and gun control, and crafting actual policy to help combat gun violence in our nation’s schools. And he’s only a sophomore!

Anyway, in what can only be described as one of the cutest things to happen on Twitter in recent memory, Kyle found himself with an admirer, a sensible girl from Minnesota who rallied conservative Twitter behind her to get Kyle to take her to prom.

Enter the liberal who just had to ruin it, in addition to exposing the perpetual hypocrisy of all liberals: Elizabeth Thorp, a Planned Parenthood senior advisor.

“The abortion chain has spoken out strongly against the shooting and became heavily invested in the march that followed in Washington, D.C., calling for stricter gun control laws, support for the victims and, ironically, an end to violence against children. Planned Parenthood also aborts more unborn babies than any other group in the U.S.,” explains Life News.

So Thorp apparently decided the best way to stand up for the cause was to insult a 15-year-old on Twitter, commenting on Kashuv’s date’s page, “Hard pass, sweet girl. You can do better.”

Why does @ElizabethEThorp feel bullying a Parkland survivor is okay? More importantly, why is she bullying my date? pic.twitter.com/BF3hnsMf0m

What’s worse, Kashuv revealed that it’s not the first time Thorp has insulted him, going as far as to call him a “douche”. Again, this is an adult woman calling a high school sophomore a douche.

To add a cherry on top of this ridiculous mess, one Twitter user pointed out that moments after trolling a teenager, the ever-classy Thorp….condemned Twitter trollery.