Planned Parenthood is Fundraising Off Most Poorly-Supported Kavanaugh Accusations 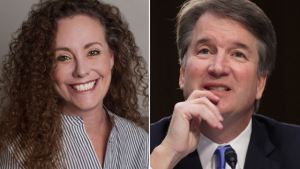 When life gives you a poorly-supported, politically motivated, vague, dubious, and far from damning sexual assault allegation against a SCOTUS nominee that threatens to take away your lucrative for-profit abortion services…um…make lemonade!

Planned Parenthood, the abortion giant with a lot to lose if Roe v. Wade is overturned, or at least, a lot to gain if they can convince their supporters it might be if Kavanaugh is confirmed, is riding on the back of the worst accusations made against the SCOTUS nominee to raise money for their “organization” i.e. business.

“Enough is enough: Kavanaugh must withdraw now,” states the email. “Moving forward with Kavanaugh’s nomination at this point would be irresponsible and dangerous.”

By moving forward, Laguens says that sexual assault survivors will be made to feel that they do not matter.

“It tells survivors of sexual assault that they don’t matter,” says the email. “It tells the public that one man’s promotion matters more than the safety of multiple women. And it sends a message that partisan politics trumps not only fairness, but basic human compassion. Speak out now: This nomination is a disgrace. Brett Kavanaugh must withdraw.”

She adds: “[T]ogether, funneling our hurt and our anger into action, we’ll stop this nomination from going any further.”

It is surely awful if there were parties where girls were drugged and gang-raped, there’s just basically no evidence that Kavanaugh had a thing to do with them. Without the prior accusations, her story probably wouldn’t even get attention from Michael Avenatti.