Pikachu! Say It Ain’t You! 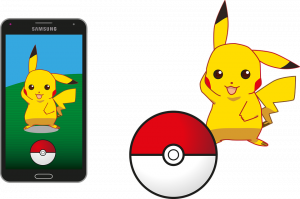 CNN has done it! They’ve trumped Robert Mueller and his team of high-end government lawyers. Today, the completely unbiased and objective “news” organization announced they have found the loose thread which will unravel the President’s Russia story. The folks at CNN have caught a lot of grief from around the country, including President Trump, but they’re intrepid little buggers. They held true to their narrative, and today they broke a story that makes Bernstein and Woodard look like National Enquirer hacks.

Remember last summer when hordes of Millennials clogged up the streets, ransacked parks, and stampeded through cemeteries, following their phones on wild chases to seemingly random places? For almost a year, Pikachu and his pals led an entire generation around by the nose with Pokémon Go. It looked like innocent fun and, even if it became incredibly annoying to grown-ups, at least it got a generation of video-gamers moving around outside.

Today, however, the awful truth came out. Pikachu is actually – wait for it – a Russian spy! You read that right – that cute little yellow dude is a closeted commie intent on overthrowing the United States of America.

According to CNN, the Internet Research Agency, a Russian company referred to as the Trolls from Olgino, launched a social media campaign called “Don’t Shoot Us” while posing as members of BLM. The dastardly trolls then used their Tumblr page to direct Pokémon Go players into areas where police brutality had been reported. Then, players were told to rename their Pokémon after alleged victims.

So, there you go. That’s CNN’s big story about Russians interference in the 2016 elections. They didn’t bother explaining how, exactly, Putin and his BFF Pikachu managed to actually spike the voting numbers. They also didn’t provide any sources, citations, or proof to back up their bombshell revelation. In fact, this fanciful assault on America’s intelligence looks and smells less like a news story than it does the stuff I scraped off my shoe at the dog park last weekend.

This story is so ridiculous is smacks of desperation. A thinking person to suspect that certain parties did, indeed, collude to help one of the 2016 Presidential candidates reach the White House. That suspicious person might also think that the guilty party is now doing anything they can to cover their tracks, even trashing what little credibility they had left with bogus headlines and asinine news stories. Suspicions, however, aren’t facts, as much as the “news” media wishes they were.

Still, the story is worth pursuing. Proving their allegations to be true would give these chuckleheads the greatest, most ironic story in the history of jounalism. If Pokémon really is a branch of the KGB and they threw the 2016 election, then it was the Sanders stalwarts who were duped into making Donald Trump President.