Performing Before an Audience of ONE! 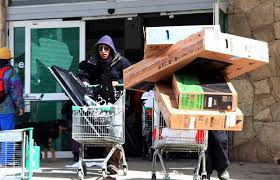 Author and philosopher Os Guinness has said of the Puritans in American history, “that they lived as if they stood before an Audience of ONE.” This means they lived their lives in the consciousness of an All-Seeing, All-Powerful, Ever-present King whose Unshakable Kingdom had become a present reality in their daily living. Their conduct was determined by the awareness that they had been interactively joined with the dynamic, unseen, divine reality of the kingdom of God among them and within them. They knew that the King of Kings and His kingdom was an always enveloping, always over them, ever present, all-encompassing, all-penetrating world of ultimate reality that was interactive at every point in their lives. Because of this awareness they knew that they were always totally at home and safe regardless of what was happening in the visible dimensions of the world around them.

The Puritans were just one group of “kingdom persons” in a long history of those who discovered that the key to life is “living for and before an audience of ONE.”

Thomas Macauly said, “The measure of a man’s real character is what he would do if he would never be found out.”

As we anticipate the draining and drying out of America from the destructive forces of wind and water hurled upon our shores by the “terrible twos” — Hurricanes Harvey and Irma — law-enforcement must be ready to deal with thugs and thieves who take to the streets to loot homes and businesses.

What would you do if you knew that during these times you could head to the streets and take whatever you wanted and never be found out? If all forms of civil government were to be suddenly removed, would you begin to rape, burn, steal, kill, and destroy at will?

How do you act when no one else is around? How would you live if you knew that you would never be exposed, embarrassed, or imprisoned on this earth for anything you did? Those who are living “coram deo” (before the face of God) would act the same because they know that there is never a time, or a thought, or a place where they are not on stage before the audience of ONE!

God’s design for our lives is to build integrity. We are more concerned about image. Integrity is defined as “the state of being complete, unified.” When I have integrity, my words and my deeds match up. I am who I am, no matter where I am or whom I am with.

Image is what people think we are. Integrity is what we really are.

Two old ladies were walking around a somewhat overcrowded English country churchyard and came upon a tombstone whose inscription read: “Here lies John Smith, a politician and an honest man.”  “Good heavens,” said one of the ladies, “Isn’t it awful that they had to put two people in the same grave!”

Tragically, too many today have a mindset like that of the man who was filling out a job application and came to one question which read, “Have you ever been arrested?” He printed the word “no” in the space. The next question was a follow-up to the first. It asked, “Why?” Not realizing he didn’t have to answer this part, the honest and naïve applicant wrote, “I guess it’s because I never got caught!”

Self‑government under God’s government is the basis for all other forms of government.  Men who fear only God and who know that He rules over every detail of their lives and world, do not need the coercive power of civil government to cause them to live responsibly.

For the most part today’s American believes that our problems are political and economic in nature. We feel that our strength is in and our trust should be in Big Government. We believe that government somehow has the unlimited capacity that only God possesses. This is idolatry. In proportion as Americans let go of their belief in the absolute power of God they accept the belief in an all‑powerful State.  When people reject the Lordship of Christ’s rule, they place their hope in an earthly ruler whom they expect to satisfy their wants and provide security. In a democracy, they learn that they can steal by the ballot box what they are unwilling to work for.  This disastrous idea has resulted in government of the people, by the people and for the people, becoming government over the people in the name of the people.

The ungodliness of socialism and statism only extends the curse and judgment of God. Only submission to the Lordship of Christ in all points, and living before and for the audience of One, will create godly productivity and purposeful living.

1 Corinthians 10:31, “Therefore, whether you eat or drink, or whatever you do, do all to the glory of God.”

Colossians 3:23-24, “And whatever you do, do it heartily, as to the Lord and not to men, knowing that from the Lord you will receive the reward of the inheritance; for you serve the Lord Christ.”