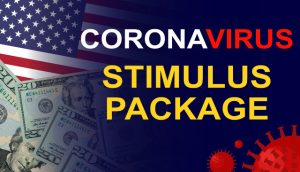 Georgia Sens. Kelly Loeffler and David Perdue made the announcement on Tuesday that they both support President Donald Trump’s push to increase the stimulus payments for American citizens to $2,000.

This is a move that puts them at odds with the vast majority of the GOP in the Senate as the pair move closer and closer to the Georgia runoff races that will determine whether or not Republicans maintain control of the Senate.

Perdue tweeted that he believes the president is within his right to demand more money for hard-hit people than the payments signed into law on Jan. 27. “President @realdonaldtrump is right — I support the push for $2,000 in direct relief for the American people,” Perdue said.

Loeffler, who faces challenger Raphael Warnock in her Jan. 5 runoff, stated her support for the proposed modification during an interview on Fox News.

“I’ve stood by the president 100% of the time,” Loeffler said during an appearance on Fox & Friends. “I’m proud to do that, and I’ve said, ‘Absolutely, we need to get relief to Americans now.’ And I will support that.”

Earlier, Loeffler stated she would only support larger stimulus check payments if other spending cuts were made to the bill.

A bipartisan majority passed a House bill on Monday that would increase the $600 payments to $2,000.

The vote on this new piece of legislation came about after President Trump signed the $900 billion COVID-19 stimulus package with the $600 payments Sunday evening.

The bill for the increase in payments is headed to Senate Majority Leader Mitch McConnell, who has not been on board with the idea of more money for stimulus payments.