Pennsylvania Has Officially Certified Biden As Winner Of The Election 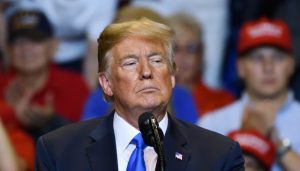 The top election official in the state of Pennsylvania has certified Joe Biden as the winner of the presidential election in the key battleground state, which is another big blow to President Trump’s attempts to overturn the results.

Folks, this still isn’t over yet. It might be looking bleak, but the fight still has a little ways to go before all hope of a victory is lost.

Secretary of the Commonwealth Kathy Boockvar certified Biden’s 80,555-vote victory in Pennsylvania, which was announced in tweet by Democratic Governor Tom Wolf.

The certification is the official declaration that Biden won Pennsylvania and its 20 Electoral College votes. Wolf said he’s signed the certificates of ascertainment for the electors who will cast their votes for Biden when they meet on Dec. 14, unless a court intervenes.

“Today’s certification is a testament to the incredible efforts of our local and state election officials, who worked tirelessly to ensure Pennsylvania had a free, fair and accurate process that reflects the will of the voters,” Wolf said in a statement.

Nevada is due to certify their results on Tuesday, with Arizona allegedly following suit on Nov. 30 and the state of Wisconsin by the first of December.

Trump and his legal team are currently working on challenging the outcome of the state of Pennsylvania’s vote, despite being thwarted by several court defeats and what some are calling a lack of evidence concerning invalid votes.

We’ll just have to wait and see how this all plays out, guys. Just hang in there.