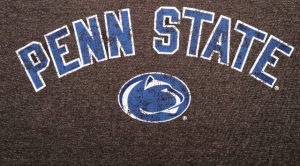 A sociology professor from Penn State University decided that the best way to teach his class all about “white privilege” was to pick out one student and use him as an example of how white skin benefits him, all of which was revealed on a video lecture that was posted to YouTube on June 30.

The lecture in question was assigned to students who are taking a summer introductory sociology course. During the video lecture, professor Sam Richards picks out a student named Russell while they are discussing the extent of racism in the United States. Richards then explains that the student “has a benefit of having white skin” that his fellow black students do not possess.

“Dude, this guy here. Stand up, bro. What’s your name, bro?”  Richards  went on to say to the student in the lecture.

“Russell is going to go apply for a job, and he’s going to get the job or not get the job, and it’s never going to enter his mind that he got the job because he’s white,” he went on to say later in the lecture.

“Whereas, you’re going to be thinking about it,” Richards then says to a black student in class, “but you still won’t know.”

The professor went on to point at another white student’s skin, asserting that “this is affirmative action.”

“I want to say, look, I don’t know how much [racism] is happening, although this is pretty serious, because when you start talking about people’s jobs and people’s livelihoods and so on, this is serious,” Richards said.

Richards and Penn State did not immediately respond to the Washington Examiner’s request for comment.

The recently published lecture adds fodder to a battle in Congress, local school districts, and other institutions about the nature of racial discrimination and how to combat it. Republican lawmakers in Washington and individual states have been organizing against educational curricula in schools and company diversity trainings, some of which impress that white people have an inherent societal privilege over minorities due to historical racial injustice.

The radical left is working overtime to indoctrinate young people, from kindergarten all the way up to college level, with critical race theory as a means of keeping people divided, and thus easier to control.

That’s what Marxism is all about. It’s also why it is so dangerous.