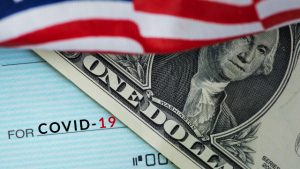 Speaker of the House Nancy Pelosi and Treasury Secretary Steven Mnuchin are now planning to hold discussions on Friday concerning a new coronavirus aid package being offered by President Donald Trump that would increase the last offer from $1.6 trillion to $1.8 trillion.

Pelosi told reporters at MSNBC that the two sides would “speak today” concerning the new aid package, which was alluded to by White House economic adviser Larry Kudlow.

“We are anticipating some answers to questions we have, and we respond to some of the questions they have,” the California Democrat told MSNBC.

The new talks reverse course from Trump’s declaration earlier this week that he is pulling out of negotiations. Trump accused Pelosi of failing to negotiate “in good faith.”

But the two parties remain very far apart from a compromise deal. Pelosi is seeking $2.4 trillion, including nearly $500 billion in state, local, and tribal funding, which Republicans oppose.

It would certainly be nice if the two sides could work together, but the radical left is so desperate to win the election they’ve been on a path of destruction carried out through the politicization of basically everything, including the coronavirus pandemic.

Many Americans are still suffering economically as some states still haven’t completely opened up the economy and allowed folks to return to work for fear of a spike in cases.

Here’s to hoping we get back to work sooner rather than later.