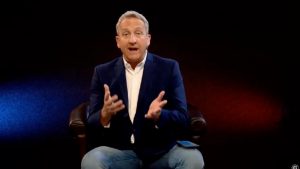 For years, conservatives have sounded the alarm about statist intervention in the sphere of the church, especially the Christian church, which the left seems to despise with an absolute passion. That in and of itself pretty much tells you who is in charge of the worldview they push, doesn’t it? It’s not God.

During this coronavirus pandemic, we’ve seen raging leftists, like California Gov. Gavin Newsom, use this situation as a means of usurping power from the people and attempting to use it against the church by forcing them to shutdown and not allow them to meet in person.

There have been threats of cutting off the power and water to churches still holding services. Some have even been threatened with arrest. And while many of these churches have caved to the pressure, there are a few out there who have chosen to defy tyranny and obey God.

Last week, a Judge Matthew Guasco granted a two-week restraining order against Godspeak Calvary Chapel to try and prevent the congregation from meeting together indoors.

This order comes directly after Ventura County actually filed a lawsuit against the church for violating the orders of Gov. Newsom.

Here’s more on this from TheBlaze:

“The Constitution is not a suicide pact,” Guasco said. “The exercise of individual liberties has to be consistent with public health, otherwise the one would cancel out the other.”

“On a scale of 1 to 10 of the most immediate irreparable harm possible, this is a 10,” he later wrote in his opinion. “It doesn’t get much more immediate or irreparable than the threat that a lot of people are going to spread a contagious and deadly disease.”

The day before the services were held, McCoy vowed to continue holding worship indoors, regardless of the threats the government made against him and his congregation.

“I wish you didn’t have to come to this, I really do. But we will be violating the judge’s order, we will be open this Sunday,” McCoy told his congregation in a video. “Now, I don’t know what that means as far as who’s gonna stop us, but we’re planning on having services at 9, 11, and 1.”

“We’re going to keep worshiping God,” he continued. “If they seek to arrest me and the thousand of you, it’s almost like the first thousand get a prize: You get a citation. It’s a misdemeanor. You want to be one of the thousand? Come.”

McCoy pointed out that fear of catching COVID-19 doesn’t restrict the right of a church to assemble.

“We’re gonna do what we are gonna do,” McCoy stated. “So, come to church. And if you’re one of the first thousand, you win a prize: you will get a citation, it will be a misdemeanor, it’ll go on your record — be mindful of that. And if we continue doing that, there’s likely jail.”

Some protesters showed up outside the church on Sunday, but that didn’t stop the worship services from going on as planned. As of now, no current member of McCoy’s congregation has contracted coronavirus.

This is what standing up boldly for religious liberty looks like, folks.