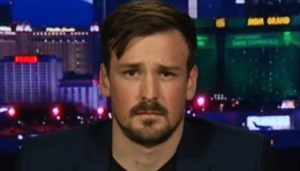 CEO of Parler John Matze has stated that he’s very “confident” that the social media alternative, which prides itself on being a supporter of free speech, will be returning by the end of the month of January after getting booted off Amazon’s web hosting service following the Capitol Hill riots.

“I’m confident that by the end of the month, we’ll be back up,” Matze told Fox News, days after the Twitter alternative registered its domain with host sharing website Epik, following Amazon Web Services’s decision to stop providing cloud services to Parler, causing the website to go offline.

“Every day it changes wildly, but I feel confident now,” he said. “We’re making significant progress. When you go into Parler.com, it doesn’t go into the void now, it hits a server, and it returns just one piece of information.”

In addition to Amazon, Apple and Google also severed ties with Parler, removing the app from their platforms following the deadly riots at the Capitol on Jan. 6. Parler has been accused of not doing enough to censor posts inciting violence, specifically in regards to the deadly events that occurred as Congress sought to certify President-elect Joe Biden’s electoral victory.

Matze posted a message on Parler’s homepage Saturday, saying, “Hey is this thing on?” He went on to say, “Now seems like the right time to remind you all — both lovers and haters — why we started this platform. We believe privacy is paramount and free speech essential, especially on social media. Our aim has always been to provide a nonpartisan public square where individuals can enjoy and exercise their rights to both. We will resolve any challenge before us and plan to welcome all of you back soon. We will not let civil discourse perish!”

Matze then said that he and his team would be putting out updates here and there to let people know what’s going on with the site.

You see, Big Tech thought it could put a muzzle on conservatives, but they will soon find out that we’ll use whatever legal means we have at our disposal to ensure that we are able to voice our beliefs and to hold our elected officials accountable for their actions.